Russia is discussing the deliveries of S-300 air defense system battalions with Serbia. 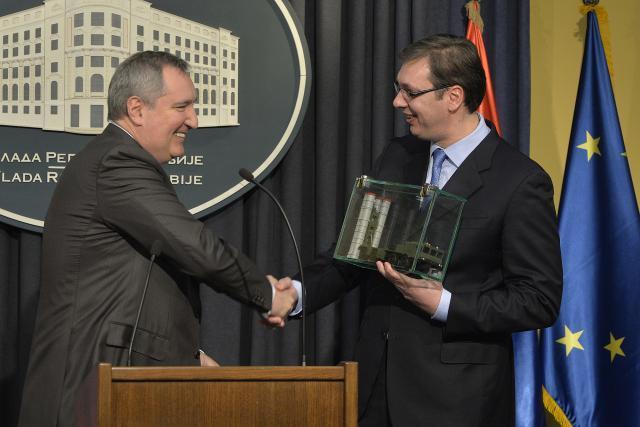 "Serbian partners are currently expressing their interest in the supply of S-300 SAM battalions. This issue is being discussed," Shugaev told reporters at the MAKS International Aviation and Space Salon.

The Russian news agency noted that the S-300 surface-to-air missile systems are capable of striking short and medium range ballistic missiles, cruise missiles, as well as tactical and strategic aircraft.

The acquisition of the missile system has long been talked about in Serbia - but Russian Deputy PM Dmitry Rogozin said recently that due to the price tag on it, Serbia was interested in buying Tor and Buk air defense systems instead.

Rogozin was in Serbia last year when he gave then PM, now President Aleksandar Vucic a model of the S-300 system.

"We will secure direct support to our ally in the Balkans. We will consider your request in the shortest term," Rogozin said at the time - but the acquisition of this type of weapon for the Serbian Armed Forces has not been spoken about officially afterwards.

The S-300 has almost a mythical status among Serbians, and is mostly mentioned as the weapon that would have changed the course of NATO's 1999 bombing of the country - "if the Russians gave it to us." It is also often used as an argument in discussions between the so-called "Rusophobes" and "Russophiles."

The S-300 is now partially obsolete, as Russia has had the new generation S-400 in service since 2007 - and has recently announced deliveries of the advanced S-500.

The price of one S-300PMU-1 is about USD 160 million. This includes one battery - 6 launchers, 48 missiles, and command, radar, and auxiliary vehicles. This is the price that Iran, and some other buyers, have paid for the weapon. The S-300PMU-2 (SA-20B) is more expensive.