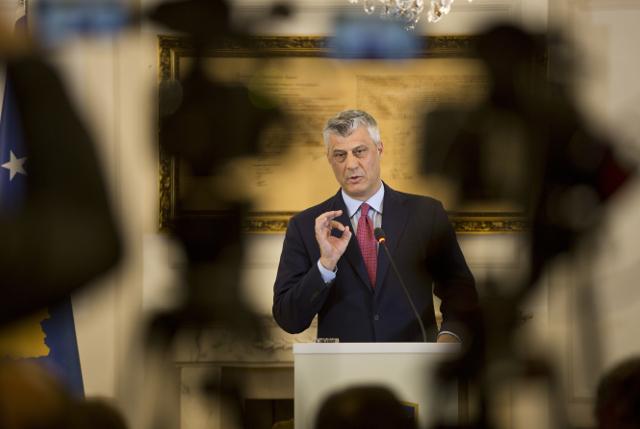 Moreover, Thaci accused Belgrade of being a factor of instability in the region.

"Belgrade is the capital of all the problems," Thaci said, adding that "Serbia creates conflicts across the region" - whereas "Kosovo enjoys friendly relations with neighboring countries."

He said Pristina's ultimate goal was to join NATO, while without an army, it cannot even participate in NATO's Partnership for Peace program.

According to Thaci - who has recently had to "temporarily withdraw" the initiative - Kosovo waited a long time to take concrete steps in this direction, and was doing this "to preserve international relations."

SRF is reporting that the army project is "one of the many steps in Pristina's political struggle with Belgrade" and that "it is expected" Serbia will be sued for "genocide against Albanians in Kosovo."