If the EU closes the door on Kosovo "all Albanians in the region will live in one unified state in order to proceed with integration into the European family." 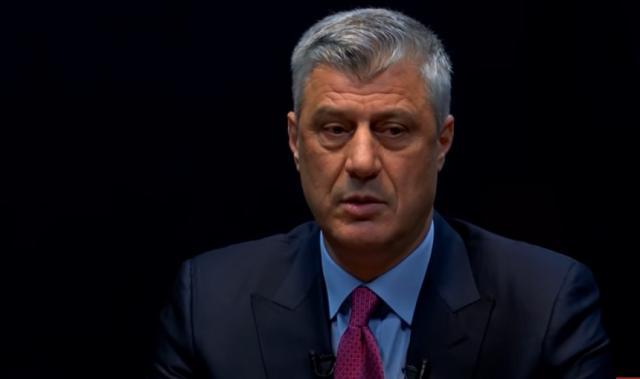 This is what Kosovo President Hashim Thaci has told Radio Free Europe.

This statement comes days after Albanian Prime Minister Edi Rama said that should EU perspective fade for the Western Balkans, he could not rule the possibility of "a union" between Kosovo and Albania.

Thaci said that he "did not wish to comment on the opinions of others" and added that the European Union currently, it its relationship with Kosovo and the Western Balkans "has no vision, nor is it directing the integration or the enlargement to the Western Balkans."

"This delay, this stalemate and lack of vision for the Western Balkans, unfortunately, is being used by ideologies and non-European countries and countries that are not in the Euro-Atlantic spirit," said Thaci.

Therefore, he added, "the EU's blockade towards Kosovo and other Western Balkan countries encourages ideas that are contrary to our current commitment to European integration".

"If the EU continues with the delay and the unclear approach then, of course, each country will decide on their own future, on their safe future that leads to a national perspective, but we want to build multi-ethnic states," said he.

Thaci also "stressed that Kosovo citizens are frustrated by the European Union because of the blockade, the punishment and the injustice done to them in the process of visa liberalization".

"While Kosovo has met all the necessary criteria, ratification of demarcation with Montenegro has been unfairly set as a condition," said Thaci.