Ruling SNS confirms Vucic as its candidate, SPS backs him

The main board of the ruling SNS has unanimously supported its leader and Serbian Prime Minister Aleksandar Vucic as a candidate in the presidential elections. 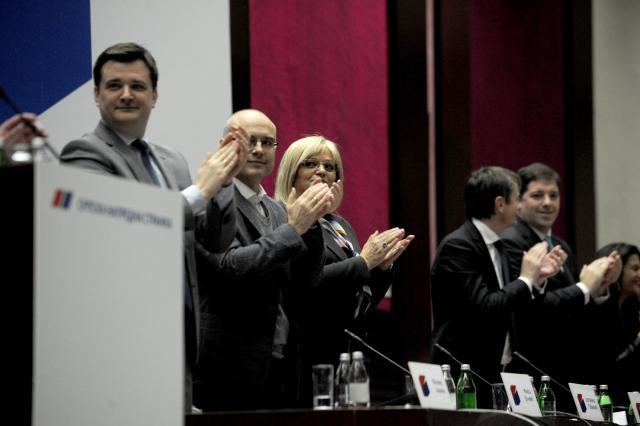 The proposal to nominate Vucic was made earlier in the week by the party's presidency.

Vucic addressed the meeting after receiving several minutes of applause and ovations to accept the nomination, and thank all those who supported him.

A day later, the main board of the Socialists (SPS), the coalition partner of the SNS in Serbia's current government, decided to support Vucic for president. SPS leader and First Deputy PM Ivica Dacic said that the party also considers Vucic its candidate for president.