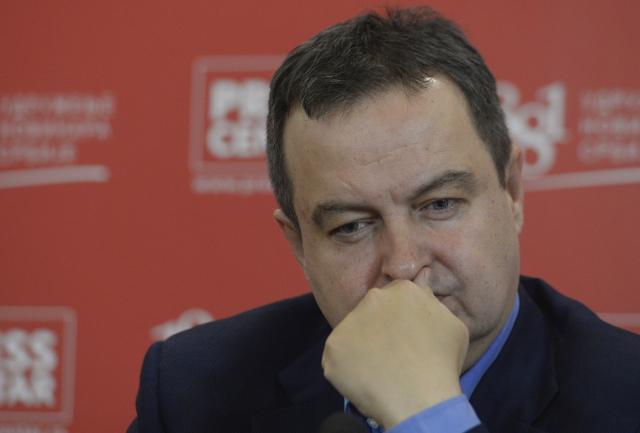 He at the same time "noted the significance of maintaining the dialogue and implementing all agreements," Tanjug reported.

This primarily applies to establishing the Community of Serb Municipalities, Dacic told Radio Belgrade 1 in an interview, adding that Serbia would never have signed the Brussels Agreement without the pledge regarding the establishment of the Community.

"Preventing unilateral moves by Pristina and its attempts to join various international organizations such as UNESCO will be a challenge," he said.

Speaking about Serbia's foreign policy and European path, Dacic said the country wanted to engage in constructive discussions with any EU member about all contentious issues but that it would not let anyone humiliate it or block its progress for no reason.