President confident of reelection if he decides to run again

Serbian President Tomislav Nikolic believes that "no candidate can threaten his reelection" if he decides to run in the presidential elections next year. 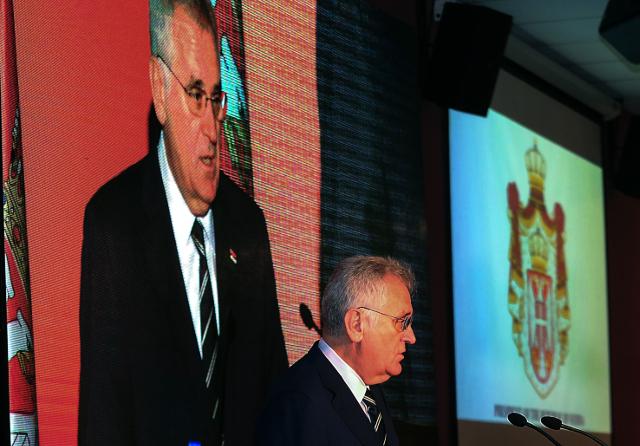 Nikolic speaks at the gathering in Novi Sad on Thursday (Tanjug)

Nikolic spoke to reporters in Novi Sad on Thursday morning, where traveled to open the European Congress of Neurosurgeons.

The presidential elections should be called by the president of the Serbian National Assembly by the end of March 2017, that is, 90 days before Nikolic's term expires. The voting should then be held within the next 60 days.

At least 30 days must pass from the day the elections are scheduled, to election day.