Serbia and Russia "cooperating successfully in all areas" 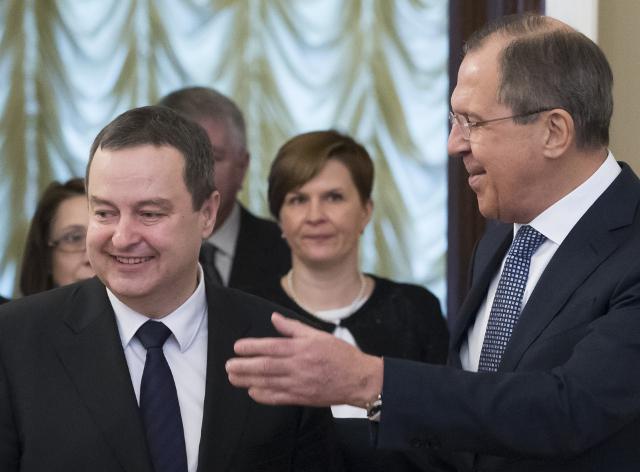 Russia is "one of Serbia's most important strategic partners and Belgrade is thankful to Moscow for its support in international organisations on the issue of Kosovo," TASS quoted Dacic as saying before his meeting with Lavrov in Moscow.

"If not for Russia, Serbia would have been in a much worse situation on the issue of Kosovo," said Dacic, who is on a two-day working visit to Moscow where he already met with Deputy PM Dmitry Rogozin

"We plan to develop bilateral relations further and we are preparing to sign several bilateral agreements and memorandums," he said.

Moscow and Belgrade are successfully developing political, economic, military and technical cooperation, Lavrov said at the beginning of the meeting.

Russia will help Serbia deal with the migrant crisis, he also said after the meeting, noting that the Russian-Serbian Humanitarian Center in the Serbian town of Nis provided temporary accommodation for migrants.