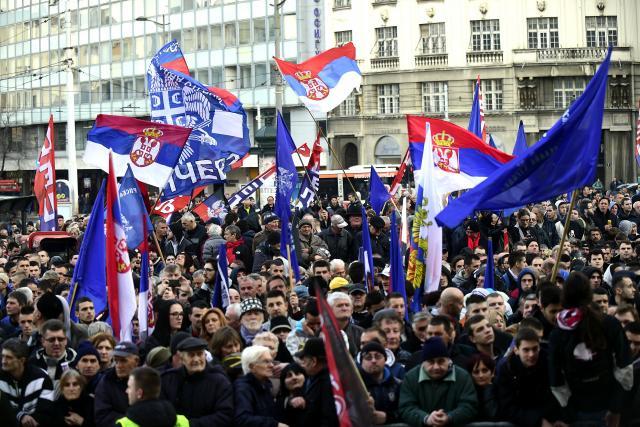 The gathering was called to mark the anniversary of the start of NATO's bombing of Serbia, and to protest against the government of Prime Minister Aleksandar Vucic and the Hague Tribunal's ruling in the trial of Radovan Karadzic.