The draw had its say, and Novak Djokovic will try to realize another big dream from July 24 to August 1, to win Olympic gold. 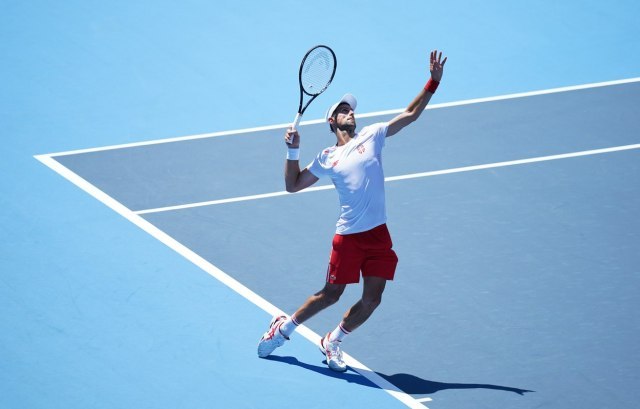 The competition at the "Ariake" Gymnastics Center will certainly be marked by the world number one's performance, primarily because of the opportunity that presented itself to him - to become the first tennis player with the Golden Slam.

Only a WTA tennis player, German Steffi Graf, managed to achieve that back in 1988, while no one can still boast with Golden Slam from Men's ATP list.

Hence, Novak will have a terrible motive to "kill two flies" with one blow, win the long-desired gold for Serbia and leave alive the dream of that Golden Slam, because in case of triumphing in Japan, in late August and early September, he would wait for the last step on the road to history, the US Open in New York.

Of course, Novak knows very well that the most important thing is to concentrate exclusively on the competition in Tokyo, which will have its own specifics, but also its advantages, primarily in the form of his favorite surface, so he will try to use it to reach gold. We must never forget that Novak had a "dress rehearsal" two years ago in Tokyo, at the same place, and he won that tournament, and in the final he beat John Millman, a potential opponent this year in the third round.

However, the history of his participation in the Games says that not everything was ideal, at least not by his top standards.

Djokovic has a bronze medal from Beijing in 2008, but everything after that did not go as he wanted, and the main culprits for that were Andy Murray and Juan Martin del Potro, players who stopped him in his previous Olympic campaigns.

We remember that Novak met Del Potro in Rio de Janeiro right at the start, who then played one of the best matches in his career. Now that won’t be the case, but again, he has to be careful.

Especially since the Olympic tournament is not a Grand Slam - here it is played in two won sets and each period of a distraction lasting longer than one set can be fatal.

Hugo Dellien from Bolivia, the 139th tennis player in the world, is the first obstacle for the world number one at the Olympic tournament.

It could be said that this is a player perfect for adjusting to the court, just to feel the background, the atmosphere, to get to the desired timing and successfully open the competition. They have never met in ATP tournaments, which can be inconvenient, although it is to be expected that the six-time Wimbledon champion will easily skip the first hurdle.

A meeting with Dellien would probably be the only match in which he would be relieved of a lot of pressure, because everything after that will require maximum effort from Novak.

There is every chance that in the second round we could watch Novak's new duel with German Jan-Lennard Struff, a player who has extremely strong shots, especially service, which can be an important thing on a fast surface. Struff is the 48th player in the world, he can play very well, but in the previous five clashes with Djokovic, he did not manage to win. The last time they played was at the US Open last year, when Novak celebrated with a smooth straight sets victory - 6: 3, 6: 3, 6: 1. Another thing is important, in those five matches, they played four times on fast surfaces, only once on clay, at Roland Garros. And Novak always found a way to successfully complete the job against the German.

Thiago Monteiro, from Brazil, will hardly beat Struff in the first round, but if that is the case, it would be the first clash with Djokovic for him, as well as for Dellien.

When it comes to the third round, the draw imposes the possibility that Novak will most likely cross the racket with either the Spaniard Alejandro Davidovich Fokina or the Australian John Millman.

He has a positive score with both of them, against the Spaniard (head to head score 1: 0), and against Millman - 3: 0. However, he knows Fokina very well, and Novak often trains with him when they are together in Spain, as was the case last summer, before leaving for the United States, so he knows his game well.

The persistent Millman, when he is motivated, can be very uncomfortable at any time, as evidenced by his earlier feats, such as the victory over Roger Federer at the 2018 US Open. However, Novak has a great advantage in both scenarios.

And then we come to the most important thing, the very end of the competition, which will be "the right one" from the quarterfinals. First of all, because the draw indicates Novak's potential clashes with the constellation of "next generation" players. If everything goes without surprises, Djokovic could (finally) play against Andrey Rublev in the quarterfinals, and in the semifinals either against Alexander Zverev or Hubert Hurkacz.

In the final, the opponent can come from the group where the main contenders are Daniil Medvedev, Stefanos Tsitsipas, Diego Schwartzman and Felix Auger-Aliassime, who is playing with the double champion Andy Murray at the start.

The potential match with Rublev has been "eluding" him for a long time, primarily because the Russian tennis player lost and never got to that clash, which was the case at Wimbledon as well.

The Russian is one of the players who present a threat to everyone, especially when he is in the element, just like Zverev who, like Hurkacz, has great serves. We can only imagine what one of such duels would bring, but that is the charm of big tournaments and competitions.

The opportunity to play in the final with Medvedev or Tsitsipas, the players he defeated this year in the Grand Slam finals in Melbourne and Paris, is a treat in itself.

These would be true tests for Novak, who, it should not be forgotten, unlike them, is playing with that additional psychological burden of the Golden Slam and the opportunity that presented itself to him.

However, what is encouraging is the fact that he has a positive score with all potential rivals, and the fact that he had beaten them at the biggest tournaments this year, clearly shows on who everything in Tokyo will depend, as well.

In any case, Novak is the favorite par excellence, but he has to confirm that on the court. The road to gold is not easy, but it is passable enough for us to be able to get an Olympic tennis champion from Serbia in early August.

It is unnecessary to say how motivating that would be for Djokovic before leaving for New York to take part in the US Open, the final grand slam of the year. 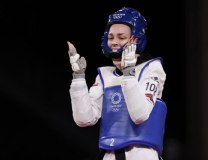 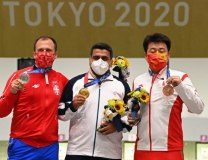 Serbia represented at the Olympic Games

Serbia was represented at the opening of the Olympic Games. 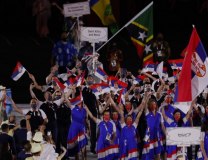 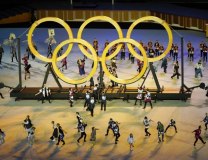 Djokovic about Tokyo: This gold has been the goal since the start of the season VIDEO

Novak Djokovic addressed the public before the trip to Tokyo for the Olympic Games. 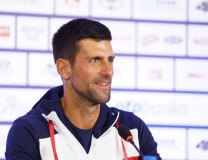 Australian basketball player Elizabeth Cambage will not play at the Olympic Games in Tokyo. 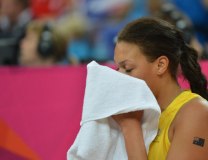 Djokovic announced his participation on the Olympic Games VIDEO

Novak Djokovic announced his arrival in Tokyo for the Olympic Games, although he recently stated that he could give up. 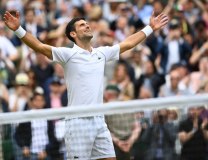 "If he wins the US Open, Djokovic will become the greatest tennis player of all time"

Polish tennis player Hubert Hurkacz believes that Djokovic can win the US Open and complete the calendar Grand Slam. 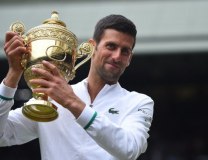