A New York Times reporter saw a car that transported journalists Ranko Perenic and Djuro Slavuj, kidnapped in Kosovo and Metohija in 1998. 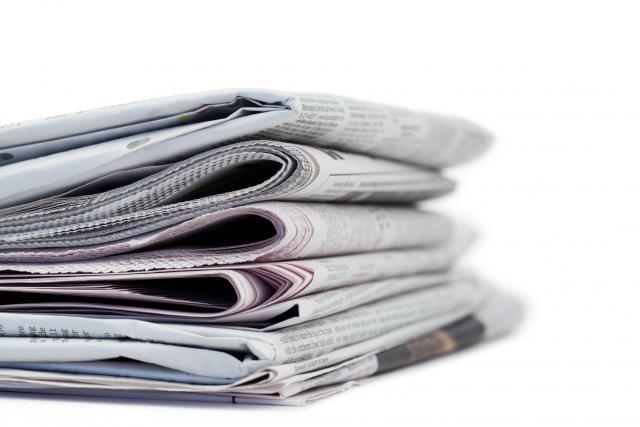 This is according to the Association of Journalists of Serbia (UNS), that is quoting Milivoje Mihajlovic, a former Radio Pristina editor and head of the Media Center in this town, that was "a key source of information for all media in 1998 and 1999 in Kosovo."

"By a coincidence, I saw a report by the Yugoslav Army on the KLA wiretapping. On the day when Ranko Perenic and Djuro Slavuj were kidnapped, the report noted: 'Two packages were brought to Bela Crkva' (settlement in Orahovac). I immediately sent there a New York Times journalist Mike O'Connor. When he returned, he asked me for the serial number of their voice recorder. I knew the number because I personally bought it. He saw the "Sonny" that Ranko and Đuro took to the field. O'Connor saw blue Zastava 128, and the voice recorder was in it. He asked the KLA commanders where are the people were from the car, and they replied that they did not know anything, that this is how they found it," Mihajlovic said, UNS reported on its website.

It is unknown if Mike O'Connor testified to anyone else about this event. He died in 2013, and there is no word about kidnapped journalist in the available online archives of the New York Times, nor about the event from Bela Crkva.

Speaking about the circumstances under which two Pristina journalists were kidnapped, Mihajlovic recalled that this was the only case when he did not send the team to the field because he was not in Pristina that day.

"When I came to the office, they said to me - 'They are gone since yesterday!' I called all hotels, ambulances, hospitals. I called Cathy Morton, wife of Richard Holbrooke, president of the Committee for the Protection of Journalists (CPJ). She alarmed the whole world, called every day. I asked Adem Demaci to help. I think he was honest, because he was aware of what it means to kill a journalist. Djuro Slavuj was a literate, educated, professional, top-notch man. He was a refreshment in the program because he spoke pure language, he did not have our Kosovo-Resava accent. He was a favorite in Radio Pristina. Ranko Perenic was a pure soul, a good friend, reliable. People like any community would wish for," says Mihajlovic for the UNS Dossier, adding that the search for them was hampered by the large KLA offensive in Orahovac, which lasted five days. Mihajlovic testified before the Hague Tribunal, among other things, about the press that could be bought at kiosks in Priština. At that time, 25 different magazines and newspapers were published in Kosovo, of which 12 were in Albanian. Kombi and Gazeta Shqiptare published interviews with KLA warlords. They were talking about their warfare.

"We were getting information about the KLA operational zones from 'Kombi' and 'Gazeta Shqiptare', because local commanders gave interviews, described various actions, told them who they killed and who they were planning to kill. They made their own indictments. There were photographs in the newspapers, and then I first saw Ramush Haradinaj and Rustem Mustafa - Remi. The content of these newspapers would be of exceptional importance for this Special Court (Special War Crimes Chamber of Kosovo). This cannot be evidence, but it can be a good direction to ask questions," Mihajlovic says for the UNS Dossier, adding that this press was sold regularly at kiosks, in front of the Serbian police, from which "it was difficult to get any information."

"But every time I sent the team to the field, I called the Serbian police and asked how far one can go. The press teams went only up to that line. I told them to report to the police, so if needed they could get transported if they were not safe. But the day Ranko and Djuro went to work, I was not in Kosovo."

"Besides Radio Pristina, I also led the Media Center (from April 1998 to June 1999) through which 2,800 foreign journalists and 1,200 diplomats passed. Everyone came here, and I briefed them about the situation. The Media Center published news that we sent to 11,000 addresses in the world in Serbian and English. We had to be the first and the right one, and to be successful, you have to have a good source. In this case, Pristina correspondents were not enough. General Sreten Lukic was my friend, but a very closed man. Nevertheless, my friendship with him allowed me to invite local police chiefs and ask for information. On the other hand, before the war, I had a karate club in Pristina, where half of the KLA came, so I had friends there, too, who would report about something. The Media Center never published a news item that has been denied, and it was also broadcast by the Albanian press, which from this perspective is a serious compliment," Mihajlovic said.