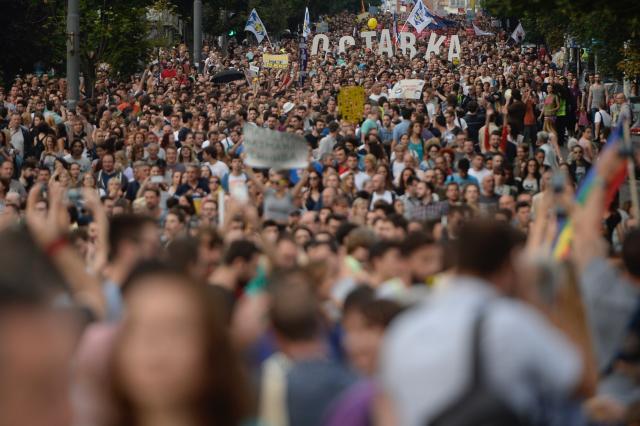 The organizers said they "do not agree to allowing the demolishers of the Savamala buildings to not being held to account" and that the initiative has been fighting "false investors" for two years.

"We asked for the calculations for the stand, the Promenade and about the arrogant behavior, but they said it was a project of public importance. We are not asking anymore, now we demand accountability," speakers said

The march that started in front of the City Assembly ended peacefully in front of the Serbian government building. Both where "toilet-papered, after which the protesters began to disperse, with the message 'We will be seeing each other again'," Beta reported.

She told Beta that the protest was called because of the way the Belgrade Waterfront project is being implemented, after the culmination of the razing of buildings in Hercegovacka Street (in Savamala) and the events that followed.

According to her, "anyone linking the initiative to parties is using this form of 'slander' to discredit it."