Live: "Time is of the essence"; Djokovic's lawyers are in a hurry because of AO VIDEO

Djokovic will be free until 10 p.m., he will not be deported.

Live: "Time is of the essence"; Djokovic's lawyers are in a hurry because of AO VIDEO

Djokovic will be free until 10 p.m., he will not be deported. 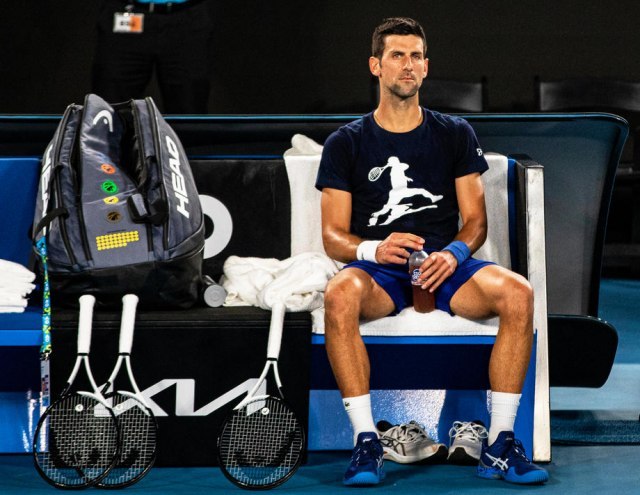 At the start, judge Anthony Kelly emphasized that all federal courts should strive to ensure an efficient and effective delivery of justice.

"To that end, I called on the current parties to stay in communication with the court if there is a likelihood that some further proceedings will be conducted as it seems."

The judge says it is a centuries-old practice to allow a court to issue warrants before a lawsuit is formally filed. Again, it seems that the case has been hinted at, but nothing has been formally done.

Judge Kelly says that it seems that at least one document from the first procedure was given to the Minister of Immigration in order to make a decision. He says that it is not uncommon in these courts to file appeals in succession. He talks about the possibility of transferring the case to the Federal Court.

"Although I have the undisputed authority to transfer this procedure to another court, it is qualified by the request... that the Federal Court of Australia confirm the order I issue."

Judge Kelly said that this should be decided now and that the instructions will be taken over by the Federal Court.

Judge Kelly proposes a short ban on the deportation of Novak Djokovic until Saturday at 4 p.m., unless there is an earlier request for his removal from Australia.

He says that Djokovic was "invited for an interview tomorrow".

He also considered that Djokovic's lawyers submit the report and the statement under oath by tomorrow.

Djokovic's representative Wood is asking for the decision to be temporarily suspended and that they are ready to file an appeal tonight.

They are currently debating whether the process will be transferred to another court.

Wood says it is a completely separate process that led to the decision of the Minister of Immigration, Alex Hawke, compared to the previous decision that the court had to consider.

Lawyer Wood says that Novak Djokovic is asking for the same relief as in the previous procedure - to cancel the decision and release him from custody.

He says that they can be more ambitious in terms of time and they think that they can submit an official application by 22.15 today. Wood is worried about summing up the time that is "precious" in the "emergency situation" in which Djokovic finds himself.

He worries about unnecessary procrastination. He says the Federal Court would have to make a decision, which he considers an unnecessary obstacle. He says that each judge in this case would have to think about his own procedural directions. Wood says they have now come to court, ready to go at the time they have available.

He says that if a judge is worried about any fear of bias, that is not something they think would apply.

Djokovic's lawyer wants to stay with this judge and not waste time transferring to another judge and another court. "Every minute before the tournament starts on Monday is important," says Nicholas Wood.

It seems that there is no proposal or recommendation to keep Novak Djokovic in immigration detention tonight.

Wood suggested that the judge could order Djokovic to be with his lawyers tomorrow to help with the case.

He says that it would be "a bit absurd" to allow Djokovic to stay in his accommodation tonight, so that something different would happen on Saturday night.

There is one particular basis to keep in mind for the challenge and another that can be considered.

Wood says he understands that Djokovic could play on Monday or Tuesday night and that it could become clearer as time goes on. He says time is of the essence.

"We are where we are because of the time the minister has set aside. We are moving as fast as we can," Wood said. Wood blames the government for making the decision "shortly after 6 p.m. on Friday", four days after the decision of the Federal District Court and more than a week after the original decision.

He wants to be sure that there is an outcome in court that will ensure that Djokovic can play on Monday night, if the appeal is successful.