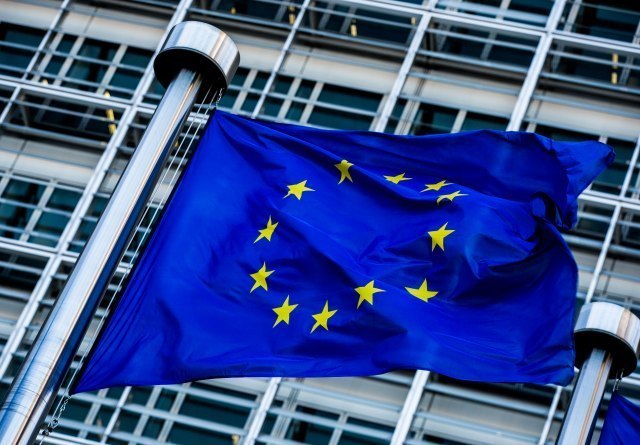 The recognition of the European Commissioner for Enlargement Olivér Várhelyi, that Inzko's law is responsible for the current crisis in BiH and the delegitimization of the OHR, as reported by the British Guardian, does not tolerate objections from international law or common sense, writes Sputnik.

However, the idea of rewriting the law as an expression of the desire of Bosnian Muslims, which the commissioner conveyed to his colleagues, explaining that it could encourage RS representatives to continue working in joint institutions in full capacity, raises suspicions that this is less sobering EU recognition but concerns the new tactics of Brussels and Washington instead.

Analyzing the Guardian's news, Aleksandar Mitic, president of the Center for Strategic Alternatives, points out the importance of the fact that for the first time in the Western public it is said that Inzko's decision generated the current crisis in Bosnia-Herzegovina or the radicalization by Milorad Dodik, as has been said and written in recent months in the Western media, which has resulted in aggressive messages from many European politicians.

According to Mitic, the clear recognition of the EU that due to the rejection of Dodik, but also Russia and China, Christian Schmidt does not have adequate legitimacy in BiH, indicates that this is more a matter of tactical maneuvering than an essential understanding that a law like Inzko's is absolutely unacceptable.

However, two things are crucial and two strategic decisions have already been made, both in Banja Luka and in Beijing and Moscow, namely that any law like Inzko's is absolutely unacceptable, and secondly that the time of high representatives in BiH is over. These two strategic principles would weaken the position and annul the decision of Russia and China, which were extremely engaged in this issue, which caused some unrest in Brussels and Sarajevo.

Mitic thinks that the decision to amend Inzko's law is unacceptable from the Serbian point of view due to the obvious lack of will in Brussels and Washington to give up pressure on RS and formulate certain solutions that would be similar to Inzko's.

Professor of Constitutional Law from Banja Luka Milan Blagojevic leaves room for Várhelyi's recognition is not only a matter of political game, but also the voice of reason of the EU, which finally realized that what is being done in BiH is an attack on the state and that everything that has been done so far, and especially Inzko's law on the ban on genocide denial is a flagrant violation of international public law and the internal law of BiH as a sovereign state, a member of the UN.

"We live in the 21st century in a UN member state, where the individual wants his will to become private law, and that state bodies, starting with the government and parliament through the courts, apply his private will. It is the end of the state, the rule of law and the UN Charter as the supreme legal act of international law. The UN Charter clearly stipulates that the UN, all UN member states, cannot and are not authorized to interfere in any way with issues that by their nature represent the internal affairs of another state. only its Parliament and no one else can decide on a crime in the form of a law", Blagojevic said, expressing confidence that the Guardian's article heralded the end of insane projects to which people in BiH were subjected like subjects from the feudal Middle Ages.

The annulment of Inzko's law is something without which, he believes, the relaxation of constitutional, legal and political relations in BiH cannot be imagined, and if that happens, it is possible to think about the relaxation of the complete situation and re-functioning of institutions at the state level.

"It will be a strong message not only that the rule of law in BiH has triumphed and that it has been enabled to be the supreme value, but it will also be a strong signal of the end of the High Representative who, after such a reaction from the EU, will have no basis to do anything of the kind that he was doing here".