BELGRADE -- The First Basic Public Prosecutor's Office filed an appeal against the decision that L.G., driver from Karaburma, was released pending trial.

BELGRADE -- The First Basic Public Prosecutor's Office filed an appeal against the decision that L.G., driver from Karaburma, was released pending trial. 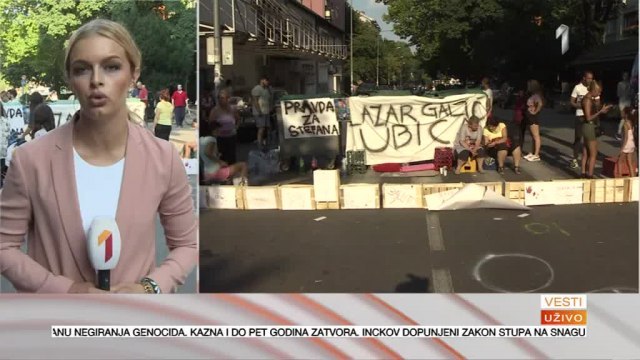 The appeal was upheld and he was remanded in custody.

A spokeswoman for the First Basic Court in Belgrade, Bojana Stanković, specified for Tanjug that the decision of the panel changed the decision of the judge for the previous procedure and ordered detention for up to 30 days for L.G., which will count from the day and hour of imprisonment.

The decision also lifted the measure banning him from leaving his residence without court approval and temporarily revoking his driver's license, which was ordered by L.G. as a pre-trial judge instead of detention on Wednesday.

His detention was ordered by the decision of the panel today due to the danger of escape and due to the existence of special circumstances which indicate that he could commit a criminal offense in a short period of time.

L.G. defended himself in silence at the hearing before the prosecutor, but despite the proposal of the prosecution, the judge released him pending trial, which is why the prosecution filed an appeal today.

In the request for detention, the prosecution also reminded that L.G. left the scene of the accident, that he did not report himself after the accident but was found by the police, as well as because he has no registered residence on the territory of Serbia, i.e. because his address of residence is passivated.

He also pointed out that he had been convicted several times, twice for committing traffic crimes.

Due to the release of L.G., citizens had organized protests in Karaburma the previous evenings.

He is charged with criminal offenses - a serious offense against the safety of public transport and the criminal offense of failing to provide assistance to a person injured in a traffic accident.

L.G. was charged with causing a traffic accident while driving a passenger vehicle on Marijana Gregoran Street on July 18 at around 8.15 p.m. by hitting and knocking down three pedestrians who were crossing the street at a marked pedestrian crossing, and then left the place, leaving without assistance the persons whose injuries he caused.

In the accident, the children S.B. (born 2011) and L.B. (born 2016) who were crossing the street accompanied by their father suffered severe bodily injuries, and a nine-year-old boy died of his injuries yesterday. Father M.B. has sustained minor injuries.

"In part, justice has been achieved"

Outraged citizens blocked the main street in Karaburma last night, after the news arrived that the boy had died in the hospital, and today the residents of Karaburma think that justice was partly achieved after the decision to order the suspect into custody.

The protest that was announced earlier will begin with a minute of silence, and after that it will be said when the boy will be buried.