PODGORICA -- Serbian Ambassador to Montenegro Vladimir Bozovic was declared a persona non grata and he was asked to leave Montenegro.

PODGORICA -- Serbian Ambassador to Montenegro Vladimir Bozovic was declared a persona non grata and he was asked to leave Montenegro. 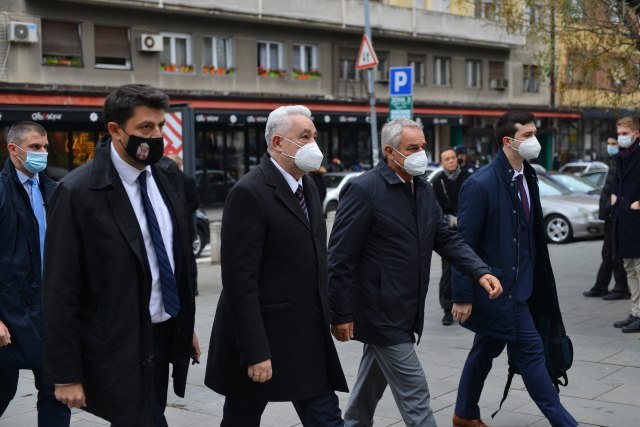 Vijesti reported that it was announced from the Ministry of Foreign Affairs of Montenegro.

As they said, Vijesti reports, in accordance with Articles 9 and 41 of the Vienna Convention on Diplomatic Privileges and Immunities, the Ministry of Foreign Affairs of Montenegro today declared the Ambassador of the Republic of Serbia to Montenegro, Vladimir Božović, persona non grata and asked him to leave Montenegro.

"After a long and continuous interference in the internal affairs of Montenegro, behavior and statements incompatible with the usual and acceptable standards of performing diplomatic service, after several oral and written warnings about his unacceptable behavior, yesterday Ambassador Bozovic called the illegal and illegitimate Podgorica Assembly of 1918 "liberated", and in that way, once again, in the most direct way, belittled the state that gave him diplomatic hospitality," the statement reads.

They said that he also humiliated the highest legislative and representative body - the Parliament of Montenegro, which on November 29, 2018, adopted a Resolution on the annulment of the decisions of the Podgorica Assembly which, as they claim, abolished the former sovereignty of Montenegro, its territory annexed to the Kingdom of Serbia and forcibly dethroned King Nikola Petrović Njegoš.