BELGRADE -- Epidemiologist Predrag Kon stated today that the situation in Serbia has stabilized, despite still quite high numbers, but the improvement "can be predicted".

BELGRADE -- Epidemiologist Predrag Kon stated today that the situation in Serbia has stabilized, despite still quite high numbers, but the improvement "can be predicted". 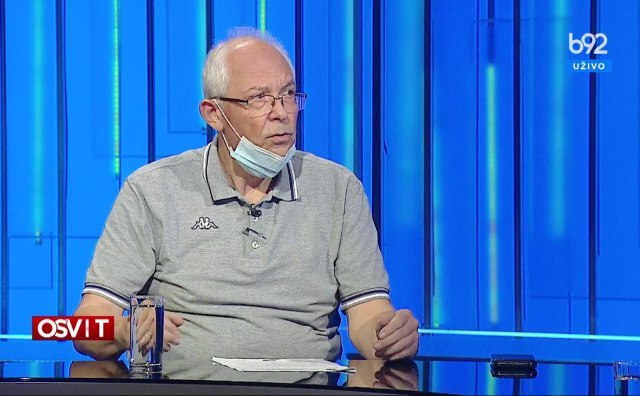 Kon said on Pink TV that it is good that the number of positive PCR tests has dropped to eight percent of the number of patients who come for an examination, and that percentage was from 20 to 30 until a few days ago.

He estimated that this "leveling of the epidemiological curve" will go slower because "masks cannot be expected to slow down the epidemic, as was the case with the closure during the state of emergency."

Explaining his statement about Belgrade as a "time bomb", Kon said that "Belgrade has never had the highest number of active patients in terms of population, but since it is a huge city, it is always a potential place for the spread of the infection."

Currently, as Kon said, the most critical situation is in Bujanovac and the entire Pcinja district, but in smaller areas, the epidemic is easier to control.

He announced greater control of people who should be in self-isolation and said that the Municipal Police would be involved in that process.