BELGRADE -- The erection of the monument to Stefan Nemanja on Sava Square will begin on August 4, the Deputy Mayor of Belgrade, Goran Vesic, announced today.

BELGRADE -- The erection of the monument to Stefan Nemanja on Sava Square will begin on August 4, the Deputy Mayor of Belgrade, Goran Vesic, announced today. 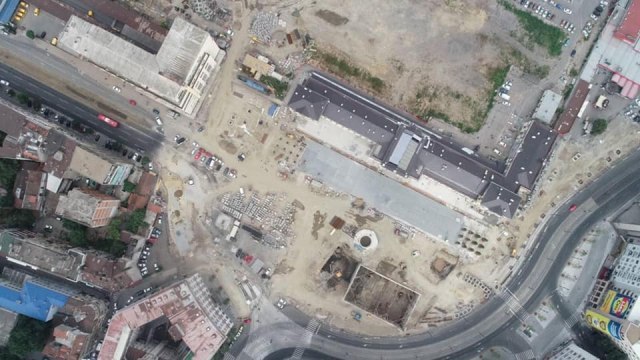 "First, a pedestal will be set up, presenting a broken Byzantine shield, which citizens will be able to enter. They will be able to see the most significant events in the history of Serbia and the life of Stefan Nemanja," Vesic stated, adding that the monument is being built on the initiative of the President of Serbia, Aleksandar Vucic.

Earlier this year, Vesic said that this monument would be the largest in Serbia, 23 meters high, which is equal to a seven-story building.

"Currently, works are being carried out on the paving of Sava Square, seedlings are being planted, of which there will be 250 after the completion of works. In this way, Belgraders and guests of the capital get a new pedestrian zone of 14.000 square meters, because traffic will go around the square," Vesic said for TV Pink.

He added that the reconstructed parts of the square are successively opened for citizens and traffic.

"Traffic was released from Karadjordjeva to Nemanjina, traffic is expected to be released in Savska Street by October, and the plateau in front of the Old Railway Station will be connected to Karadjordjeva and Savska Streets by August 15 and open to citizens," the deputy mayor announced, adding that the building of the Railway Station has been completely renovated for a future cultural facility.

He added that this part of the city is becoming the most beautiful part of the Serbian capital.

"Balkanska and Hercegovacka streets have been arranged, and the reconstruction of Kraljevic Marko Street will begin. All facades in Karadjordjeva will be reconstructed all the way to the Bristol Hotel, which is also being renovated. This part of the city, which citizens avoided, will become one of the most beautiful in the capital. The most significant is that the citizens of Belgrade and the guests of the capital, in addition to the Republic Square, will get another central city square", Vesic concluded.