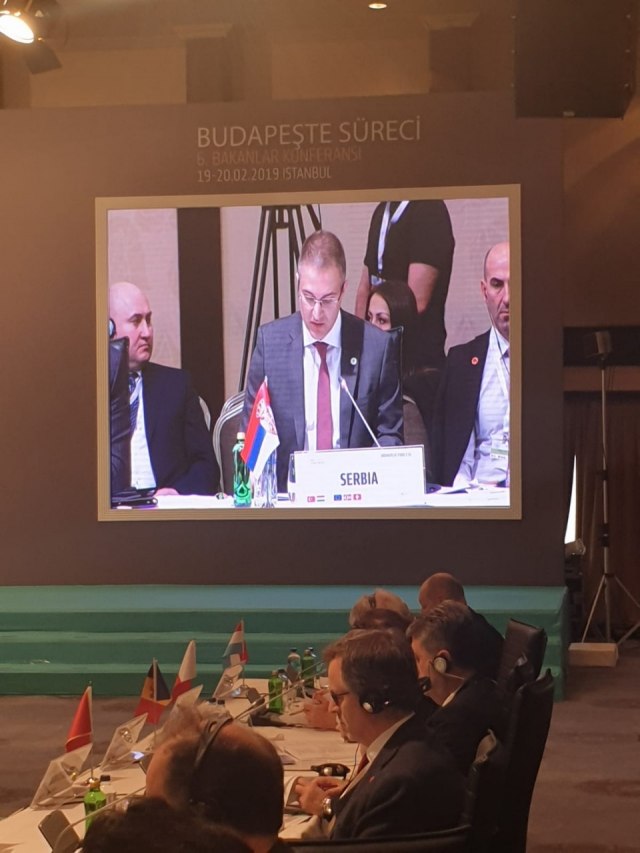 At the 6th Ministerial Conference of the Budapest Process, held in Turkey, Stefanovic stressed that more than one million migrants have been registered in the territory of Serbia since the onset of the crisis, and stressed that our country provided the necessary medical care and accommodation for all migrants.

According to Stefanovic, at this moment, approximately 4,000 migrants are accommodated in 14 permanent or temporary reception centers in Serbia.

The Deputy Prime Minister stressed that Serbia is continuously working to improve and strengthen the system of migration management and the asylum system, both in a normative and operational sense.

He emphasized that we should not ignore the fact that smuggling and trafficking in human beings has increased since the moment of the outbreak of the migrant crisis.

In well-organized actions of the Serbian police in 2018, we managed to prevent 162 perpetrators from committing the crime of smuggling people, the Deputy Prime Minister specified.

Stefanovic pointed out that during 2018 we intensified state border control, 7,032 people were prevented from attempting to cross the border illegally, while more than 1,000 migrants have been stopped.