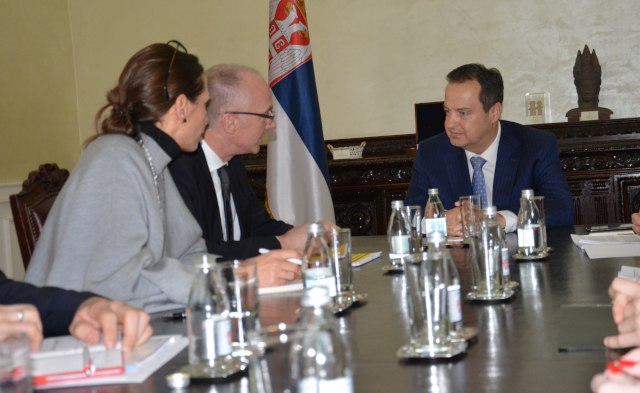 They particularly noted that dialogue at the high and highest level has a trend of constant improvement and pointed to the economic cooperation as another confirmation of good relations and added that trade exchange in 2018 exceeded EUR 4.5 billion.

Dacic and Schieb stated that the two countries"have a very good cooperation at the multilateral level too, voicing hope that it will continue over the next two years during which Germany will be a non-permanent member of the UN Security Council."