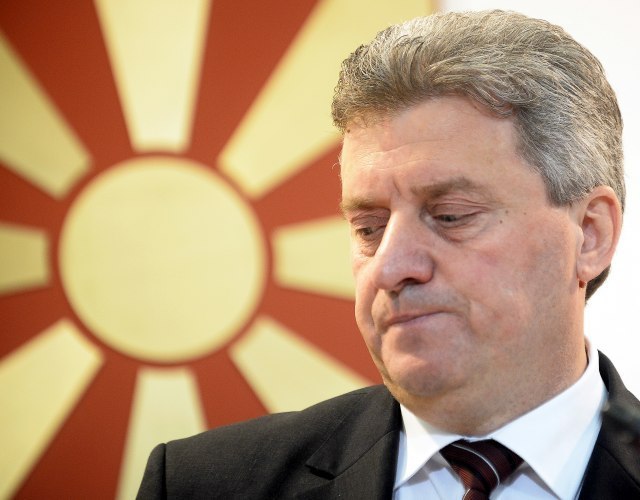 He quoted the first president of Macedonia, Kiro Gligorov, "who said that the issue of name and identity is older than any constitution, any government, any party, and even the the state, and that no single person, nor any generation, has no right to trade with it."

"Since the beginning of our independence, Greece has challenged our right to self-determination, and now, 27 years later, it also raises the question of our right to exist. The tragedy is that it is doing this thanks to the Prespa Agreement," he said.

The final adoption of constitutional amendments, in accordance with the agreement reached with Greece, that will rename Macedonia to North Macedonia, is scheduled for January 9, 2018.

According to Ivanov, this agreement, which was reached on the pretext of putting an end to the name dispute with Greece and opening the way to membership in the EU and NATO, actually "puts an end to the Republic of Macedonia as we know it" and is legally abolishing the Macedonian people.

"The text of the Prespa Agreement was made without national consensus, without my knowledge and without my consent as the president of the Republic of Macedonia," Ivanov said.

His speech, that strongly criticized the government of Zoran Zaev, as well as agreements reached with Greece and Bulgaria, the Law on Languages, the manner in which amnesty was carried out, and the economic policy, was frequently interrupted with heckling coming from deputies (Assembly members) from the ruling SDSM.

After one in a series of loud complaints, Ivanov raised his voice to urge them to calm down and "suppress their frustrations."

"Settle down and listen to me. The president is speaking to you. I've been listening to you the whole year," said Ivanov.

Ivanov assessed that Macedonia, during the current coalition government of the SDSM and the DUI, has become "an captured state turned int a blackmailed one," and pointed out that the destruction of the state is being justified by allegedly securing the future.

"I feel that we have turned into a blackmailed state from a so-called captured state. Our neighbors are blackmailing us from the outside, while inside many who make decisions are blackmailed. Blackmail has become a basic means of achieving goals," Ivanov said.

Ivanov - whose second presidential term expires in the spring of next year - addressed the parliament for the last time in 2018, and this was attended by Macedonian Prime Minister Zoran Zaev and other government officials, representatives of the judiciary, religious dignitaries and ambassadors, but not by MPs from the ethnic Albanian DUI party, the junior partner in the ruling coalition.