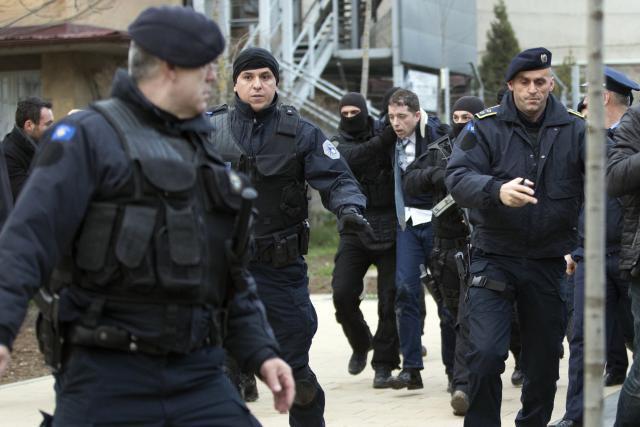 Members of special Kosovo police parked their armored cars near the police station, and then led Djuric, whose hands were held behind his back, out and into the station, while the cameras were rolling.

More than ten police officers, all wearing balaclavas and armed with rifles, escorted Djuric to the station.

The footage also reveals the whistles, boos, shouts, and cursing coming from several hundred citizens who had gathered for the occasion, Beta reported.

Djuric was charged with "illegally entering Kosovo without approval of Kosovo authorities," and was brought before a misdemeanor court.

Soon after, he was transported to the Merdare administrative crossing between Kosovo and central Serbia, escorted by a large column of Kosovo police vehicles.

The Serbian police took over the official at the administrative line.