Trump leaves with the lowest rating

U.S. President Donald Trump will leave the White House tomorrow with the lowest rating since the beginning of his term. 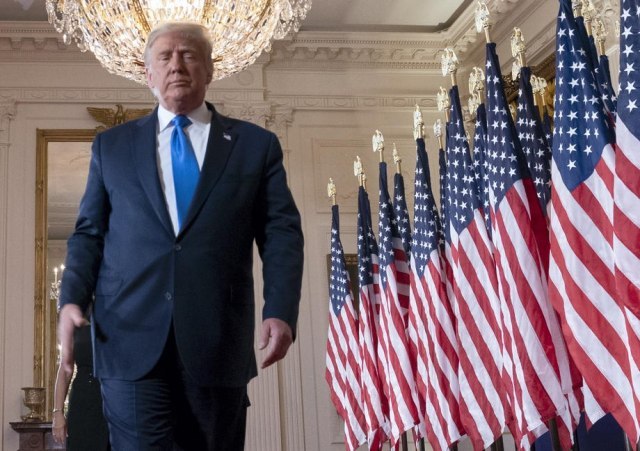 Namely, his work is supported by only 34 percent of Americans, according to the results of the Gallup poll.

The agency reminds that Trump's average rating during the mandate was 41 percent, which is four percent less than all his predecessors since Gallup started collecting data, the AFP agency reported on its Twitter account.

Support for Trump's performance dropped to 35 percent in earlier polls, which was most noticeable in 2017, when he did not condemn the gathering of white supremacists in Charlottesville, Virginia.

The last poll was conducted on the week between January 4 and 11, and it coincided with the riots on Capitol Hill, when Trump's supporters stormed the Congress building.

Trump had the highest rating in early 2020 when he faced impeachment in the Senate on charges of pressuring Ukraine to help him with accusations against Joseph Biden, as well as at the start of the coronavirus pandemic, when Americans believed he responded well to the spreading of virus.