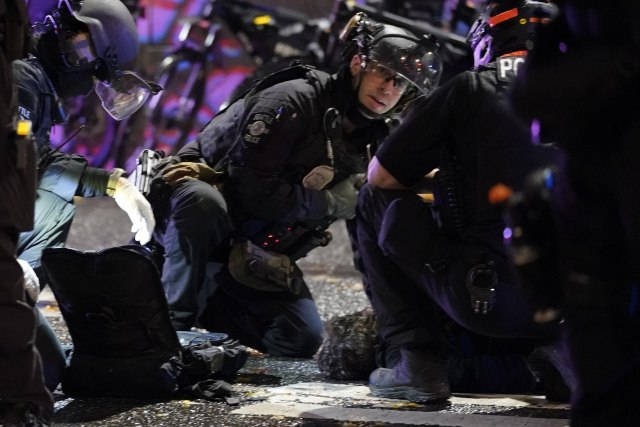 Videos and photos shared on social media show protesters fighting with police, marching through the streets and blocking traffic.

The day after the US presidential election, protesters took to the streets of New York. Some wore the insignia of Democratic presidential candidate Joe Biden and attacked police officers.

The protests started near Washington Square and spread to the West Village and Lower Manhattan, Sputnik reported.

In Portland, police arrested ten people during a demonstration and seized pyrotechnics, hammers and a rifle.

"All the rallies that were declared riots were held in the city center. We made 10 arrests," a Portland police spokesman said.

Oregon Gov. Kate Brown activated the National Guard in response to "widespread violence" the night after the U.S. presidential election.

Supporters of Donald Trump, some of whom are armed with rifles and pistols, gathered in front of the election center in Arizona on Wednesday night, after claiming that the votes for the Republican president were not intentionally counted.

Protests were also held in several other U.S. cities on Wednesday night, including Atlanta, Detroit and Oakland.

Protesters demand that the counting of votes continue unhindered.

Leftist activists are brawling with police officers in New York City. Does this look like a group confident in their candidate's victory at the polls? pic.twitter.com/IdVSEgYKEq