Philosopher Slavoj Zizek has penned an article for the Independent, in reaction to Vladimir Putin's speech about new nuclear weapons. 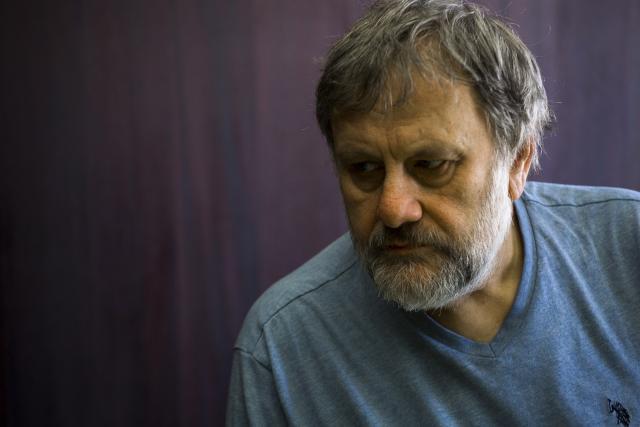 In the piece, entitled, "As Putin has proven, political madness is the new status quo," Zizek recalled that the Russian president said his country "still has the greatest nuclear potential in the world - but nobody listened to us. Listen to us now.”

"Yes, we should listen to these words, but we should listen to them as to the words of a madman joining the duet of two other madmen.
Remember how, a little while ago, Kim Jong-un and Donald Trump competed about buttons to trigger nuclear missiles that they have at their disposal, with Trump claiming his button is bigger than Kim’s? Now we got Putin joining this obscene competition – which is, we should never forget it, a competition about who can destroy us all more quickly and efficiently – with the claim that his is the biggest in turn," Zizek wrote.

According to him, lately "our media reports on the more and more ridiculous exchange of insults between Kim and Trump."

"The irony of the situation is that, when we get (what appears to be) two immature men hurling insults at each other, our only hope is that there is some anonymous and invisible institutional constraint preventing their rage from exploding into all-out war. Usually, of course, we tend to complain that in today’s alienated and bureaucratized politics, institutional pressures and constraints prevent politicians from expressing their personal visions – now we hope such constraints will prevent the expression of all too crazy personal visions," Zitek adds.

He goes on to wonder whether "the danger really reside in personal pathologies."

"Each side can, of course, claim that it wants only peace and is only reacting to the threat posed by others – true, but what this means is that the madness is in the whole system itself, in the vicious cycle we are caught in once we participate in the system," Zizek writes.

And although "the differences between North Korea and the US are obvious, one should nonetheless insist that they both cling to the extreme version of state sovereignty."

"This global madness becomes visible the moment we ask a simple question: how do the protagonists of nuclear threats (Kim, Trump, Putin) imagine pressing the button? Are they not aware of the almost 100 per cent certainty that their own country will also be destroyed by retaliatory strikes? Well, they are aware and not aware at the same time: although they know they will also perish, they talk as if they somehow stand out of the danger and can strike at the enemy from a safe place," the philosopher writes.

Zizek concludes that there is "no way to avoid the conclusion that a radical social change – a revolution – is needed to civilize our civilizations":

"We cannot afford the hope that a new war will lead to a new revolution: a new war would much more probably mean the end of civilization as we know it, with the survivors (of any) organized in small authoritarian groups. North Korea is not a crazy exception in a sane world but a pure expression of the madness that drives our world."