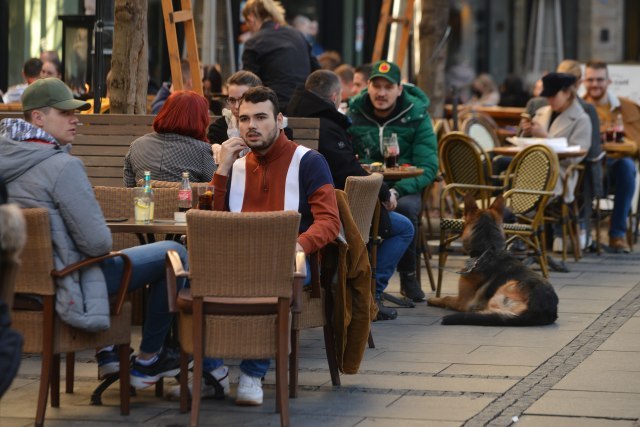 The number of newly infected, which reached almost 3.000 yesterday, does not inspire optimism that there will be easing of measures, but everything says that the existing measures will remain in force, maybe even be tightened. It all depends on today's daily report and the results at 3 p.m.

Insiders say that the best picture of the epidemiological situation in the country can be seen on Tuesdays and Wednesdays, because the results from Monday are a reflection of testing during the weekend, when fewer people are tested. The number of people in hospitals is higher, as well as the number of patients on respirators, and the number of first examinations is growing.

Epidemiologist and member of the medical staff of the Crisis Staff Branislav Tiodorovic told Tanjug that there will be no easing of measures, and that two scenarios are possible - one is for the existing measures to remain in force, and the other is to tighten the measures in some cities like Arilje, Vranje, Kraljevo, and even Belgrade.

"We are waiting for today's data with great care. This week, we expect an increase in the number of infected, because the incubation period has passed since returning from winter holidays," Tiodorović warns.

He stated that among the members of the Crisis Staff, suggestions can be heard to shorten the time of catering facilities, but that there are also those who are in favor of closing the catering facilities completely during the weekend.

"Every coin has two sides. If you close the catering facilities, young people will organize parties outside their places and conditions will be created for the spread of the infection. That is why rigorous control is important in the first place," Tiodorović said. He notes that the situation in high schools and upper grades of primary schools will also be analyzed, as far as the infected among students and teachers are concerned.

"We will consider whether we will stick to the fact that, if two interconnected cases appear in the group, the whole group will go online, or we will make a decision to switch all high schools and upper grades of primary schools online in some cities," he said.

Asked whether the abolition of quarantine and the obligatory PCR test for citizens returning from abroad, who were vaccinated with both doses of vaccines, were discussed, Tiodorović said that it was too early to talk about it because collective immunity has not yet been achieved.

He stated that Great Britain is the first in Europe to be vaccinated, but that this measure has not been abolished, because vaccinated citizens can transmit the virus.