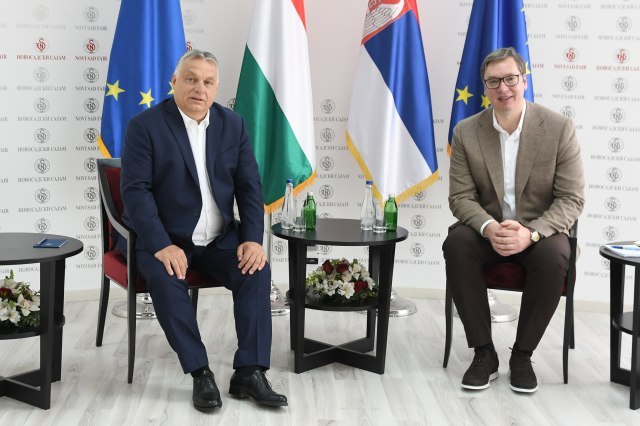 "I know that from the best partnership we will succeed in the next period to make even better and more successful cooperation between our peoples!", it is written in a post on Instagram buducnostsrbijeav with a video of today's meeting on the 89th International Agricultural Fair.

"Many thanks to the great friend of Serbia, Viktor Orbán, who never agreed, who helped and protected our country, thanks to whom a relationship full of mutual trust and respect was built between Hungary and Serbia," Vucic said in a video posted on the Instagram account of Budućnostrbijeav.

President of Serbia said that "results always speak louder than words, whether they are big or small". "We will continue to build our partnerships and overcome all problems and difficulties together."

Vučić expressed his belief that in the coming period we will "succeed in achieving even greater and more successful cooperation between our countries". "Long live the friendship between Serbia and Hungary," Vucic said in a video of Orban's visit to the 89th International Agricultural Fair in Novi Sad, which he opened today with the President of Serbia.

We remind you that Aleksandar Vučić and the Prime Minister of Hungary Viktor Orbán attended the opening ceremony of the 89th International Agricultural Fair. Earlier today, Vučić said that friendship with Hungary was essential for Serbia, and that there was no reason for the two countries to worry about food.

Serbian President Aleksandar Vucic said today that he would most likely talk to his Russian counterpart Vladimir Putin on Wednesday or Thursday.