Press service of the President of Serbia announced that Prime Minister of the Russian Federation Dmitry Medvedev will visit Belgrade on Saturday, October 19 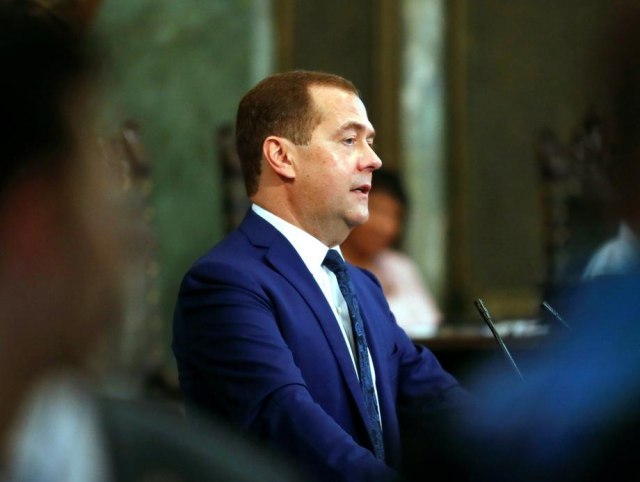 His host during this one-day visit will be the President of Serbia Aleksandar Vucic, it has been noted.

Media reported earlier that Medvedev comes to Belgrade on the occasion of marking 75th anniversary since the liberation of Belgrade in the World War II, as well as that he will address MPs on the Special Assembly of the Serbian Parliament.

Detailed agenda and timetable for the Russian Prime Minister's visit will be announced later.

As President of Russia, Medvedev already visited Serbia in 2009.