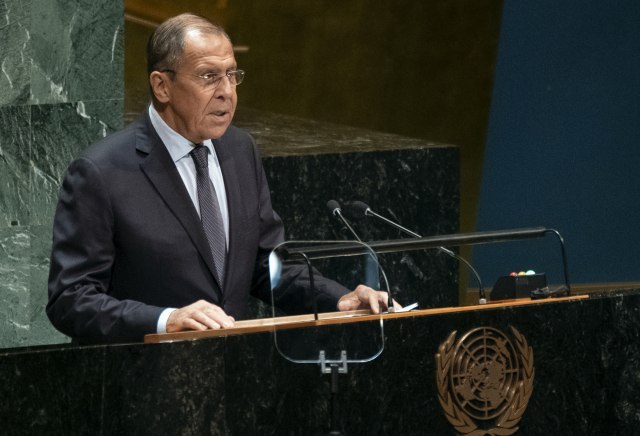 In that way, the US is trying to "pull Kosovo into NATO" and keep its military base there.

In that context, Lavrov recalled that four years ago, an agreement was signed to form a Community of Serb Municipalities in Kosovo, guaranteeing the linguistic, cultural and religious rights of Serbs, TAS reports.

"This community is not territorially compact - there is north, where the territories are close to each other, and there are enclaves, which are also part of this community. This community has its flag, anthem and coat of arms. The agreement has remained on paper for four years. Attempts are now underway to carry out its review by all means, with the active involvement of the United States, with a view to developing a situation in which Kosovo could be drawn into NATO, together with Europe's largest base in Europe, Bondsteel", Lavrov said at the 16th Annual Think Tank Meeting in Moscow, "Valdai Discussion Club".

Lavrov has previously stated that the US and some of its European partners intend to draw Bosnia-Herzegovina into NATO.