"First US apologies and compensation for bombing Yugoslavia, then look to the future"

Russian Foreign Ministry Spokeswoman Maria Zakharova said US must apologize for the bombing of Yugoslavia, and then they can ask others to look to the future 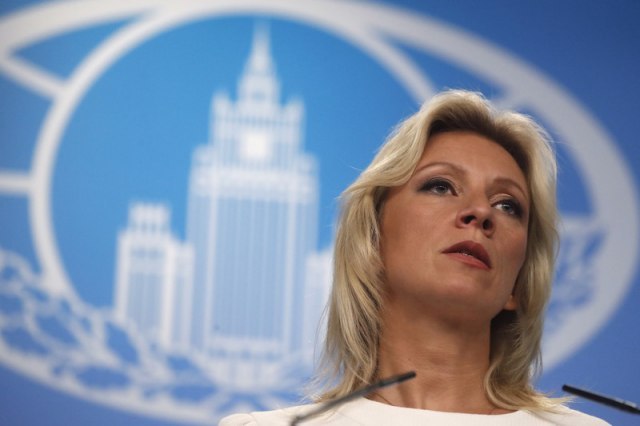 "The United States must apologize for bombing the former Yugoslavia back in 1999 and pay compensation to the relatives of those killed and injured in the US-backed NATO air raids, and then they could ask others to look into the future", Russian Foreign Ministry Spokeswoman Maria Zakharova said on Sunday.

She reacted to the statement given by outgoing US Ambassador to Serbia, Kyle Scott, who said that the Serbs should look at NATO’s bombings in 1999 from a "broader perspective", so that Serbia and United States can overcome the crisis in their relations that ensued after the air raids of the Federal Republic of Yugoslavia.

Zakharova said that for a start, United States should, apart from apologizing, pay compensation to the families of the killed and wounded, and "to those whose health was damaged because of shells loaded with depleted uranium", Russian leading news agency Tass reported.

"And only when this is done, when the proper groundwork has been laid, can it call on others to move forward", Zakharova concluded.

“Neither Serbia nor the United States can take back time. But we can consider the year 1999 from a broader perspective", Scott said for daily "Kurir".

"Relations between the United States and Serbia in the past were mostly good, except for the 1990s and the events that took place under Milosevic's rule. 20 years have passed since then, it is time to move forward and improve our relations, we have a very good foundation for such progress. Namely, we share a common vision that Serbia belongs to the European Union,” he added, and pointed out that Serbia and the United States are connected by “strong historical and cultural ties”.