Veseli: As a future Prime Minsiter, I will pledge to enforce justice

Kadri Veseli commented on the release on parole of Miodrag Solaja, former member of the Scorpions unit, after having served two-thirds of his sentence 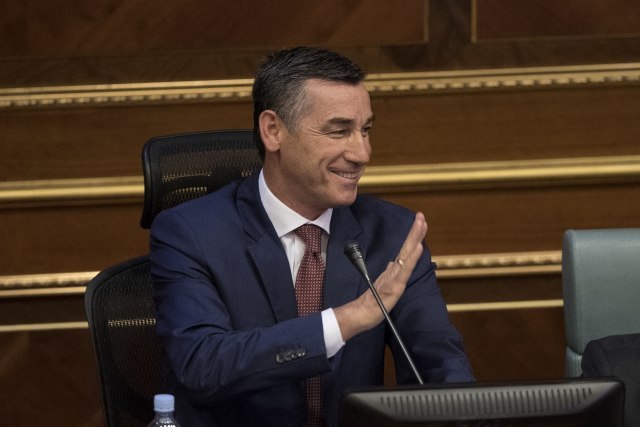 Veseli announced that in the capacity of the future Prime Minister he will not allow "history to be manipulated, including allowing the victims to be equal to the executioners", as he put it.

Saying that Solaja's release on parole presents a shameful act, Veseli added on his Facebook profile that this in the same time exposes "Belgrade unwillingness to enforce justice".

Reminding that a year ago, another Scorpions member, Sasa Cvijan was released before the end of his sentence, Veseli considers that EU obviously implements double standards, as on the other hand, members of the so-called "Drenica Group", according to his words, are "unjustifiably still imprisoned".

Veseli voiced his suspicion that in this way, EU gives Serbia "green light" to, as he says, undermine justice, thus "hurting the victims of the crimes in Podujevo once again", while the members of "Drenica Group", who he considers freedom fighters, have been unfairly held in prison without evidence.

Therefore, as he announced, as a future Kosovo Prime Minister, he will give his best to bring all criminals to justice.