Announcing the concept of a meeting with the Serbian delegation in Paris on July 1, Kosovo President Hashim Thaci has once again "poked Belgrade in the eye." 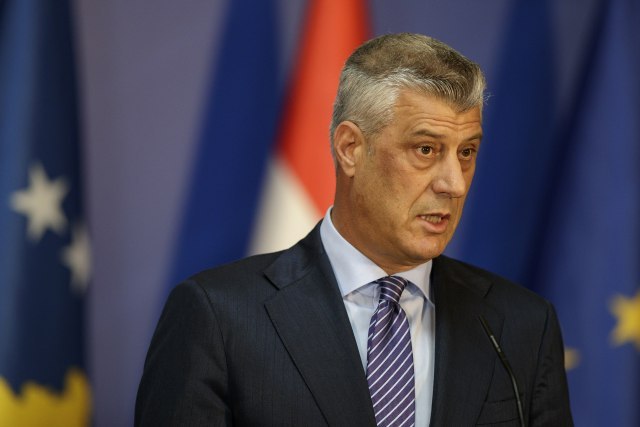 Novosti write that he announced he would present at the talks hosted by French President Emamnuel Macron the idea that Presevo, Bujanovac and Medvedja join the "territory of the Republic of Kosovo." It would, he considers, be "correcting the historical injustice," Novosti reports.

"I see that it is necessary to correct the border without affecting one centimeter of the territory of the Republic of Kosovo. I am for correction, not for exchange, and I will present this idea in Paris," Thaci said.

Such an approach on the part of the Kosovo side will hardly contribute to getting the dialogue out of deadlock, which is the main goal of the announced meeting in the French capital, agreed in Berlin on April 29, which ended without concrete results, Novoposti assessed.

The paper also said reacting to Thaci's plan, Defense Minister Aleksandar Vulin said Serbia was in 1999 pushed out of Kosovo by (NATO's) strategic bombers and missiles, not the strength of routed (KLA) terrorists.