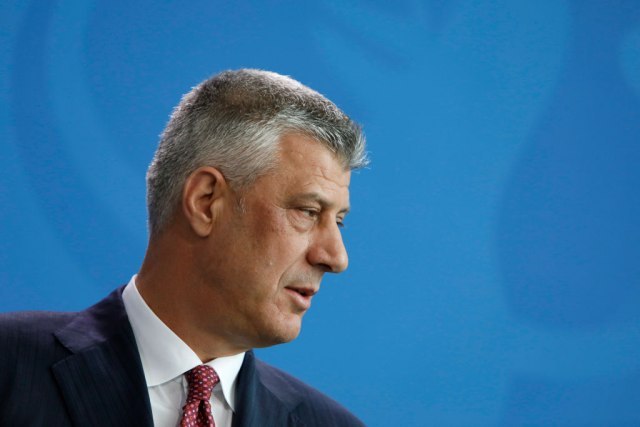 Pristina daily Bota Sot is reporting this on Wednesday.

"Important analysis by the editorial board of Financial Times on the risks and benefits of final peace agreement between Kosovo and Serbia - which must lead to Kosovo in UN and Balkans in EU," Thaci said in a comment accompanying his tweet, that also contained a link to a Financial Times article.

The article in question, entitled - "A Balkans plan that merits cautious backing" - argues, among other things, that US and EU officials are warming to the plan that contains the possibility of "land swaps and border corrections" - and that "although German Chancellor Angela Merkel has criticized the idea, Berlin's position seems to be softening."

Important analysis by the editorial board of Financial Times on the risks and benefits of final peace agreement between #Kosovo and #Serbia - which must lead to #Kosovo in @UN and #Balkans in EU: https://t.co/dpxQRiEAuX