Serbian President Aleksandar Vucic said on Thursday he was in favor of "delimitation" with the Albanians in Kosovo and Metohija. 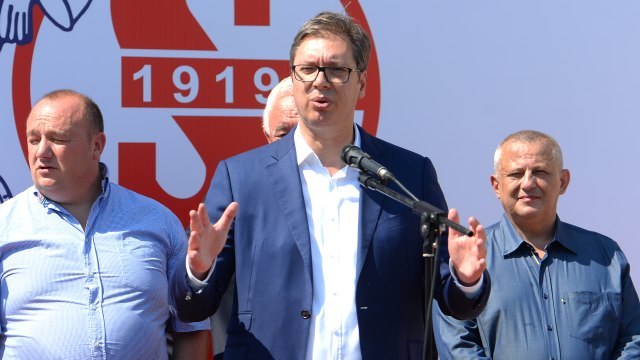 "I am in favor - and this is my policy - of delimitation with the Albanians. To have a territory which it is not known who is treating it in what way, and what belongs to whom - that it is always a source of potential conflict," Vucic told reporters in the town of Sid.

He added that he "cannot talk about what he is negotiating about with the Kosovo Albanians" - as he would in that way "reveal Serbia's cards in the negotiations."

Vucic also explained that an agreement between Belgrade and Pristina will be "a comprehensive package that is not as simplified and simple as some imagine."