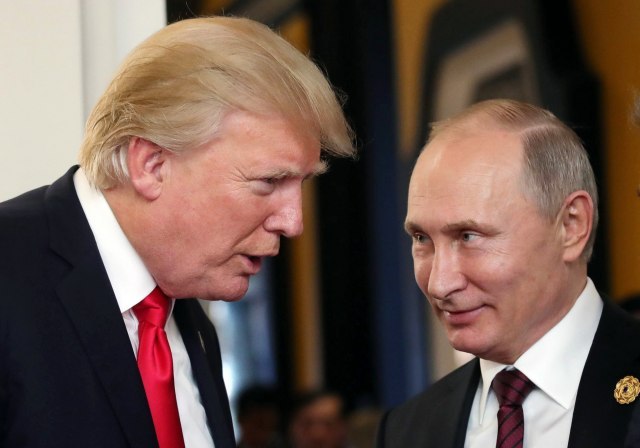 Belgrade-based daily Blic writes this, and adds that "the two leaders should reach an agreement on that issue."

The newspaper claims, citing diplomatic sources, that this is "the plan of the Serbian leadership and President Aleksandar Vucic."

"Europe has neither the strength, nor the will, nor the possibility to make the Albanians do something. That's why the idea is for Putin and Trump to reach an agreement on this essentially important issue for us, while Europe would then accept is as final," a source said, adding that "all eyes are now on the meeting between the Russian and the US president, scheduled for July 16 in Helsinki."

The source also told Blic that Putin and Trump will have "a minute to set aside for Kosovo - just enough to exchange a few sentences, but even that would be sufficient for things to move from the deadlock, and at least a little closer to a solution."

"Trump and Putin will make a decision about Kosovo and Metohija by the end of the year. That's a serious chance to arrive at a solution. The options the EU is offering are good for nothing when neither side accepts them," the source said.

The newspaper also recalled that the US ambassador to Serbia told RTS that the Kosovo issue could be solved perhaps as early as by the end of this year.