PM reacts to one of her minister's homophobic remarks

Serbian PM Ana Brnabic says Nenad Popovic, a member of her cabinet, insulted a portion of the citizens he works for with his statement about LGBT issues. 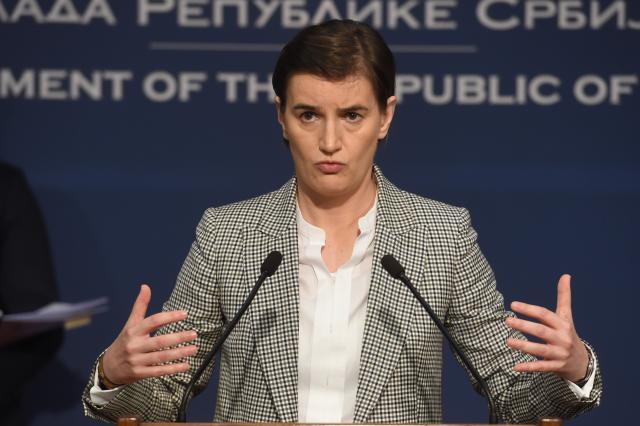 Brnabic said she will advise Popovic to spend more time doing his job.

"His job is to make sure Roko, Stefan, Milos, and any other child stays in Serbia, instead of dealing with who their parents are. That statement is not fully in the spirit of tolerance that this government of Serbia wants to promote," she said on Friday while visiting the City Assembly of Belgrade.

Popovic previously took to Twitter to criticize importing children's books from Croatia, because he disagrees with their content.

"At a time when we as a state fight in every way to support having children, they're importing gay picture books from Croatia! This needs to be stopped ASAP! We must stand in the way of those who want to convince us that it's okay for 'ROKO TO HAVE TWO MOMS, WHILE ANA HAS TWO DADS'," he wrote.

Brnabic today said she would speak with Popovic privately, "in order to try to understand his message."

"I think he mixed up every topic in that statement. There's no correlation between the birth rate and somebody being gay. Gay persons, too, have reproductive organs, and nobody, no government in the world can decide whether or not they'll have children," Brnabic said.