Prime Minister Ana Brnabic says she is very proud that Serbia is among the candidates with the greatest prospect of becoming full members of the EU. 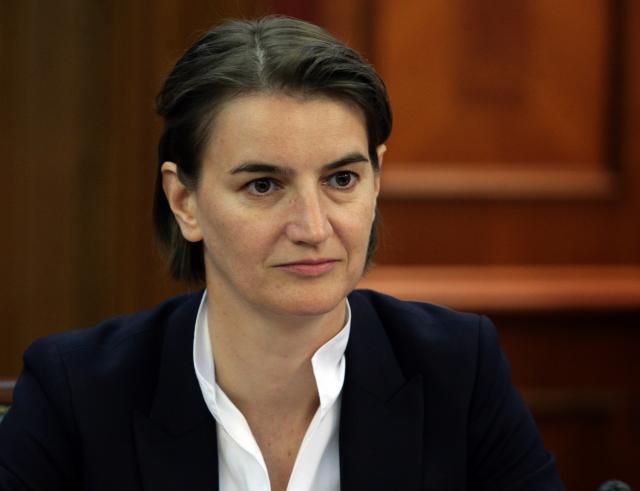 Brnabic also told the Swiss newspaper Blick that she was "more interested in the reforms that are being implemented."

The reforms are not being implemented because of the European Union, she said, noting that "if we do not implement them before accession, the Union will no longer offer us much advantages."

Many skilled experts would leave the country and vice versa, and the EU will no longer praise Serbia as an investment market, she said, adding that our country wants to become a member that can contribute.

The prime minister stated that Serbia "had to make drastic reforms because we were almost bankrupt, and the World Bank asked us to do something."

Brnabic said that some state-owned companies were privatized, and that thanks to reforms, for the first time in 12 years, we have a budget surplus.

We reduced state debts, unemployment was halved and is at 12 percent, she pointed out.

The Prime Minister recalled that at the end of 2014 public spending had been reduced, in the meantime, we had more than 40,000 less employees, we had to reduce salaries and pensions, and those reforms were almost completed.

When it comes to Kosovo, Brnabic said that the Serbian government has made some brave but unpopular political decisions.

We signed and almost fully implemented the Brussels agreement with Kosovo. On the contrary, Pristina has not even begun to do it yet, she stressed.

We insist on this now. We want Pristina to respect the agreement, said the prime minister.