We're not asking Serbia to choose, says US ambassador

US ambassador to Serbia Kyle Scott says his country was "not asking Serbia to choose between the European Union and Russia." 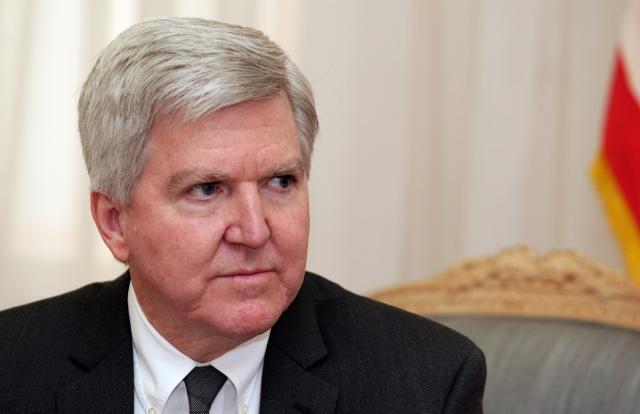 "We strongly support Serbia on its path to the European Union and we do not believe that excludes good relations with Russia," Scott said in an interview with Novi Magazin, adding that the US, as a NATO member, also did not object to Serbia's military cooperation with Russia, Beta reported.

He said that, as an EU member candidate country, Serbia must convince member states in the process of accession that its admission would contribute to the Union and must be completely committed to the EU, including its common foreign and security policy, in order to complete the accession process.

Scott said that the vision of a Europe which is in peace, complete and free would not be accomplished until the countries of the West Balkans overcome the shadow of the 1990s and accomplish their potential as fully integrated EU members, but that he saw progress in the region nevertheless.

Commenting on relations between Belgrade and Pristina, the ambassador said great progress had been accomplished in the Brussels dialogue, but that some obligations had not been fulfilled and that both sides had a lot to do to reach full normalization of relations.

"Some obligations remain unfulfilled. The lack of progress on the issue of the Community of Serb Municipalities is an example. Both sides still have a lot to do if they wish to reach the goal they set in advance - a full normalization of relations," Scott has been quoted.

He also said that the murder to US citizens the Bytyqi brothers, and the torching of the U.S. Embassy, were issues that had to be solved.

Scott also observed that he sees a rise in tabloid journalism worldwide, and in Serbia, but that "healthy, free, and dynamic media always play an important role in democracies."