The Kosovo police have used their special forces to arrest a 74-year-old displaced Serb from Sopina, in Suva Reka, Tanjug reported on Monday. 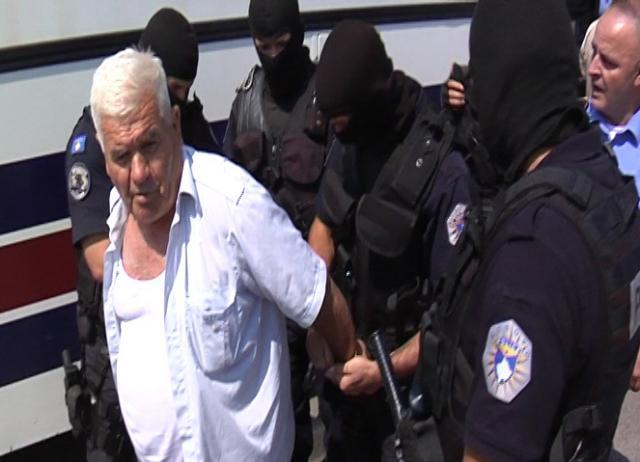 Bogdan Mitrovic was taken from a group of about 50 Serbs visiting the homes they had to abandon in the village, and the demolished Serbian Orthodox Church in Musutiste, RTS said.

Mitrovic, who is accused of "serious criminal and war acts," has been taken to the town of Prizren.

Reacting to this, head of the Serbian Government's Office for Kosovo and Metohija Marko Djuric said that arresting people based on "some secret lists" represents "merely an excuse to continue with the policy of ethnic cleansing aimed against the Serbs in Kosovo and Metohija."

In a statement, Djuric recalled that Musutiste has in the past years represented a symbol of the suffering of the Serb people, and a place of gathering of "the most hardcore Albanian chauvinists and Serb-haters."

Instead of creating conditions for the displaced Serbs to return to the village, and showing they are in favor of turning a new leaf in the Serb-Albanian relations, the interim authorities in Pristina are sending "punitive expeditions" who go after those Serbs who dare to visit their homes and their church, he continued.

"We have understood that message, and once again our message to politicians in Pristina, but also to the international community, is that our patience is not limitless, and that there can be no normalization of relations if the other side doesn't want it," Djuric stressed.

According to him, it is "high time" to undertake decisive measures to punish those who have brutally ethnically cleansed dozens of Serb towns and villages in Kosovo and Metohija.

"But instead, today we have a continuation of the disgraceful and inhuman practice of harassing those who have already been the victims of a crime, and of complete insensitivity of a part of the international community to the horrors happening to the Serb people," the statement said.