Serbia grateful to N. Korea for stance on Kosovo 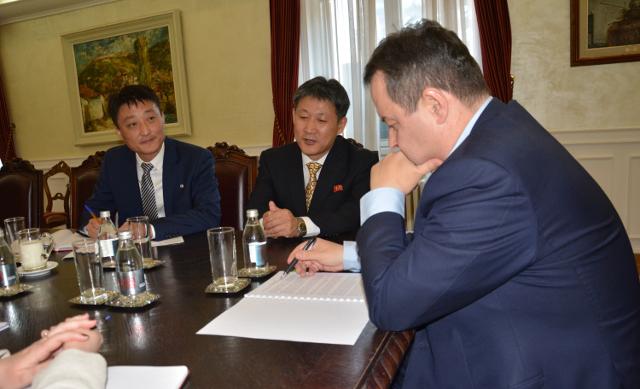 During the meeting, Dacic "expressed his gratitude for the principled position of the Democratic People’s Republic of Korea regarding the issue of Kosovo and Metohija."

"Commenting the situation on the Korean Peninsula, he underlined that Serbia advocates the easing of tensions and finding a diplomatic solution through negotiations of the parties in dialogue," the government said, quoting a statement issued by the Ministry of Foreign Affairs.