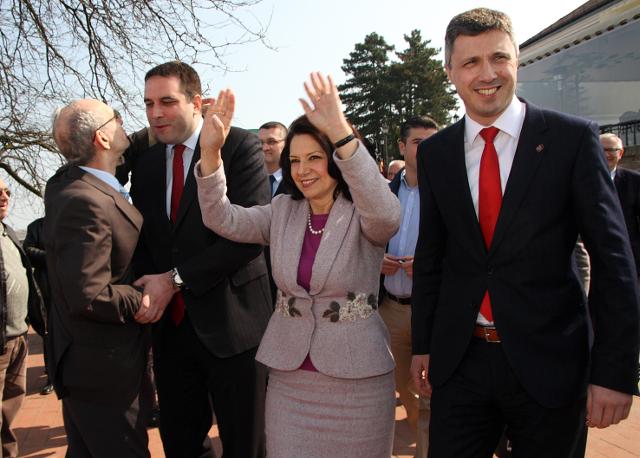 "I ask on behalf of all of us - which referendum, which survey was used to determine that pensioners were delighted to have their pensions reduced," she asked during the signing on Wednesday of a protocol on cooperation between the DSS-Dveri Movement coalition and the Association of Unions of Pensioners of Serbia.

Raskovic-Ivic also told a press conference in Belgrade today that the reduction was "unconstitutional" and that the money "taken away" in this manner must be paid back in the foreseeable future, Beta agency reported.

She added that pensions should follow the cost of living, and that conditions for retirement should be changed, enabling for earlier retirement.

According to Dveri Movement President Bosko Obradovic, the government had "other ways to fill the budget, or make savings."

Obradovic added it was also "necessary to reform the (state) pension fund."

"We, as the patriotic Dveri-DSS coalition, will insist on forming a parliamentary inquiry committee that will determine who looted and destroyed the pension fund in the last 26 years," he said.

President of the Association of Unions of Pensioners of Serbia Milorad Vujasinovic also addressed reporters to say that the organization was established three years ago and has 300,000 members.

He announced the Association will sign agreements with all parties that rejected what he described as "the disgraceful law" on pension cuts, and adding that a protest rally will be organized on April 6.

It was also emphasized during the press conference that the Association and the coalition DSS-Dveri have "great similarities" when it comes to their policies.