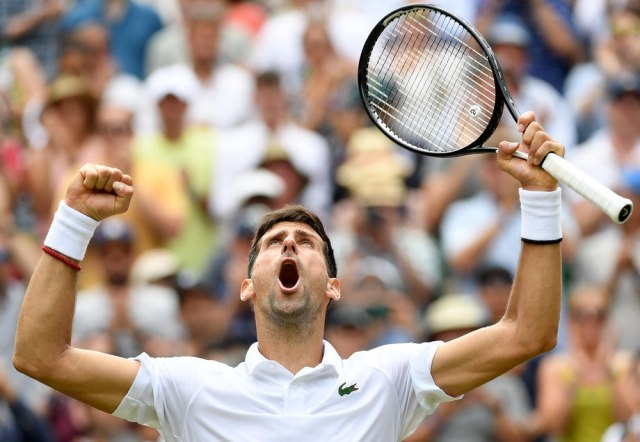 Britain's Greg Rusedski, once the fourth player on the ATP list, has no doubt that it is all up to the World No.1 in the next two weeks.

"Djokovic stood out from the others. He should be defeated at Wimbledon. I have never seen a stronger favorite enter this tournament. It will take something really special, or an incident like the one at the US Open, when the big three were not in the full squad. It is difficult to see someone in front of Djokovic", says Rusedski.

He embarked on a forecast for the near future.

"You feel he's on his way to winning the Calendar Slam, he's the biggest favorite at Wimbledon, I can't remember when we ha a bigger favorite. And winning all four titles this year would bring him to 21 in the GOAT race. He can overtake the record of Margaret Court and Serena Williams in women competition. If he stays healthy and reaches that number, then there will really be no more debate over who is the biggest, we can crown him the GOAT."

Novak does not seem to enjoy the greatest support among Wimbledon fans, but Rusedski thinks differently.

"I think he's slowly winning people over. He doesn't always get the recognition he deserves because Roger and Rafa have been present longer than him. It looks like they're everyone's favorites and then Novak came to spoil the party. I think he deserves more respect and is more loved than what people can imagine. He's a bit like Ivan Lendl in his time. People don't give enough recognition to Lendl for what a champion he was. And he proved himself afterwards, so I always think there will be fans of Federer and Nadal, who will say that their favorite is the best, regardless of the records. However, you have to respect Novak. The older he is and the further he goes, the more he wants love and respect. It can be seen that he has that desire to be loved, each of us wants it. And it was seen with Novak, especially in Paris, it was a real example. If you manage to attract Parisians to your side, you did something right, because they are a demanding audience," Rusedski said.

When it comes to Roger Federer, he is extremely cautious in his forecasts.

"For Roger, winning Wimbledon would be a big task. He's not in good shape. We've seen, to be fair, miraculous things like Sampras from 2002 when he won the US Open. Yes, maybe Roger can produce some magic, but it doesn't seem to me that he has enough matches in his legs", the Briton concluded.

Talking about the same, former Wimbledon Champion Marion Bartoli expressed the importance of grand slam titles in the GOAT debate.

"I think if Novak goes to 21 after winning every single Grand Slam twice, you can absolutely crown him as the GOAT", Bartoli concluded.