An Aptiv Packard factory has been opened in Leskovac, southern Serbia. 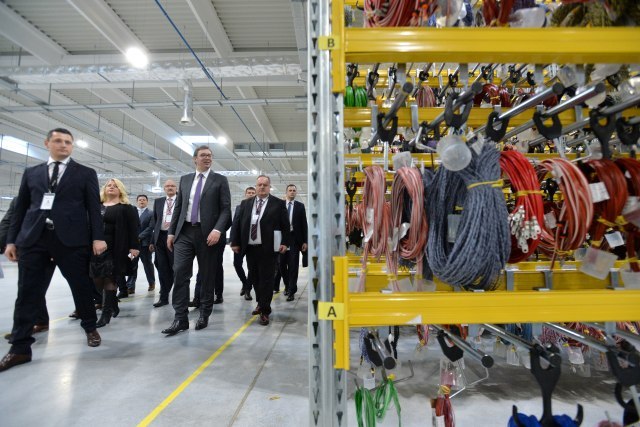 The opening of the plant, that will manufacture electrical installations for the automotive industry, was attended by President Aleksandar Vucic.

Vucic said during the opening ceremony that the state supported the investment with EUR 7.5 million, and that otherwise, "it's questionable whether the company would have decided to invest in Leskovac, or seek another location."

He said that the state will also finance building gas infrastructure for the plant with RSD 68 million (approximately EUR 570,000) , as well as new electricity connections with RSD 45 million (EUR 380,000).

Vucic pointed out that this is the second factory the company has opened in Serbia, the first being in Novi Sad, and announced that there would be a third soon in eastern Serbia, but he could not specify the city.

Tanjug is citing media reports on Monday to say that the UK-based company has invested EUR 25 million to build the 30,000 square meter complex on six hectares of land ceded by the authorities in Leskovac.