New archaeological exploration in western Serbia has revealed a new, surprising picture of the pre-Nemanjic Dynasty era Serbia as a well organized and densely populated state, with fortifications set up to protect roads used to transport cargo containing precious ore, say experts from the Valjevo Institute for the Protection of Monuments of Culture.

"The discovery that the large fortress on Branig Hill, above the Gradac River Canyon (just outside Valjevo, a town in western Serbia) was in use as a Serb fortress for at least two centuries before the Nemanjic Dynasty - along with the discovery of minor fortifications along the ancient road connecting the Drina River valley with that of Kolubara, shows that this was an organized state territory," says Radivoje Arsic, one of the Institute's archaeologists.

"The results of the exploration point to a pre-Nemanjic Serbian state spreading between the (rivers) Sava and Drina. We expect more surprises from the dig, considering that traces of fortifications and settlements of an early medieval Serbian state have been discovered in western Serbia and in eastern Bosnia."

The remains of walls and towers on a steep hill in the Gradac Canyon, in the village of Brangovic, seven kilometers from Valjevo, are known as "Jerina's Town (fortress)." Another name for the ruins is Bezane (from the Serbian verb "to flee" - "bezati"), because those running away from Ottoman Turk atrocities used to find refuge inside the tall walls, up on inaccessible peaks, and in the area's numerous caves.

Archaeologists say they have not yet discovered any written accounts about this large and expertly built "town" - but have determined, based on other findings, that its origins date back to prehistory - about 1,600 years before the time of Prokleta ("cursed") Jerina, the wife of Serbian Despot Djuradj Brankovic - she who, according to popular belief, built the fortification.

"At the start of the exploration in 2004 we thought this was a 5th century Byzantine fortress, from the era of Justinian's Restoration," says Arsic. "We determined through subsequent excavations that the Romans used it for military purposes from the 3rd century, and that the more luxurious civilian part and the episcopal church - the religious seat of this entire part of Serbia, which speaks to the importance of this mysterious town - had merely been added later. Then, we reached the oldest layer which goes down to prehistory, to the Iron Age, when a settlement fortified with stone walls was located here."

Soon, archaeologists realized that there had been a more pronounced tradition of settling the area of the fortress and the village than they could have imagined. The greatest surprise awaited them in the youngest archaeological layer.

"Although it has been damaged, above all by erosion and excavations done by unlicensed archaeologists, the findings show unequivocally that Serbs have lived here continuously since the time of their settlement, from the 7th until the 10th century. It seems that the town was abandoned during Prince Caslav's wars against the Magyars," Arsic says.

The remnants of this multi-layered fortification spread on a three-hectare area.

"A civilian settlement was located in the lower part of the town, whereas the purpose of the upper part, that had a big tower, was exclusively military," says Arsic. "Geodesic recordings and excavations point to the civilian settlement developing alongside an ancient road that ran through the Gradac River Canyon, connecting the Kolubara valley with the Valjevo mountains and Podrinje (Drina basin), rich in deposits of silver, copper, lead, and gold."

Jerina's Town is an engineering marvel whose tall and thick walls descend steeply for the length of about 200 meters, to reach just above the river below. The builders used natural rock as fortification wherever they could, connecting it with the walls that are difficult to discern from a distance. For defense purposes, they cut paths and stairs into the steep rock, the traces of which are clearly visible to this day.

Not all of us should take up politics. I don’t have time for it. The problem arises as we are permanently in a kind of political instability, and it takes away time and energy and then we disregard economy. Primarily, we need politically stable state and region, and we need clear projects that would incite economic boost of the state. 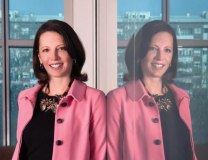 Greek woman in Belgrade: Travel is her life

Ah, those trips. We all plan them for months, daydream at work about exotic destinations. Think about the moment when we will set foot on the "unknown" soil and enjoy the natural beauty and charm of other cultures… Now imagine that you do that for living? That is what is like for Niki Bozionelou, Greek and travel blogger residing in Belgrade. 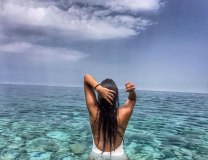 "A profession without history has no future"

Vladimir Ceh – one of my slogans dedicated to the expatriates was: “If you cut the root – you wither” 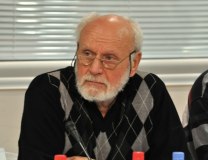 Montenegrin PM: Our NATO accession is not anti-Russian

The new Montenegrin government headed by Dusko Markovic continues to implement the policies defined by previous governments over the past decade. The priorities remain the EU and NATO together with economic growth and improving the living standards of citizens. 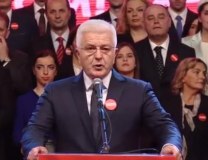 Albania and Serbia in constructive phase

"In 2016, we witnessed a kind of turnabout in relations between Albania and Serbia, from a predominantly negative phase, with several incidents, undiplomatic statements, verbal conflicts, into a very constructive phase..." 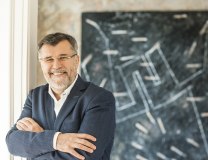