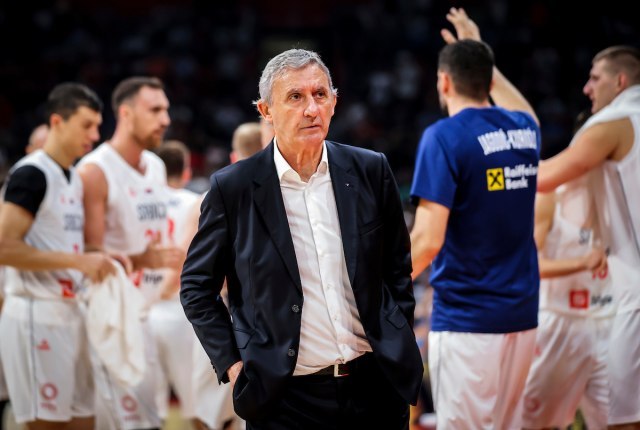 Pešić did not reveal which twelve basketball players he will take to the Eurobasket, saying that he will do so on Wednesday after training.

Serbian basketball players achieved two important victories in the Mundobasket qualifiers, against Greece and Turkey, so they travel to Prague full of confidence.

"We will try not to have any negative surprises from our side. The recovery must be good mentally, not just physically. There is no euphoria after victory or fainting from sadness in case of defeat. We will certainly be criticized. We have to progress from one to the next match. Today, anyone can beat anyone in a single game. Everyone still thinks that we are Yugoslavia, we have NBA MVP in our ranks, that is the motivation for all the teams waiting for us in Prague. We have to positively demonstrate everything we train on the field. We have top players, we have experience. We try to show them the right path. We are here to adapt to their habits, their potentials," Pešić said at a press conference before the trip to Prague.

Tomorrow, the coach will announce the list of 12 basketball players he will count on at the EP, since it is not known whether Nemanja Nedović and Nemanja Bjelica will be able to help the team.

"The most important thing is health. We play practically every day. Nothing changes there. 12 players will play. Having in mind COVID pandemic, and a big, hard season behind the players. And besides everything, there are also those qualifications that all the teams played. A huge effort, it's strange that they didn't organize it better, increase the number of players for the tournament".

From our point of view, we are still in the process of improving everything, both the game and tactics, added Serbian national team coach. "We have to win, if we want to go to Berlin, which is our goal. You set the other goals yourself, so we don't have to. Through the first round in Prague, we want to improve our game, to stay physically in good condition," Pesic said.

The coach of Serbia said that he has no intention of experimenting with Nikola Jokić and Nikola Milutinov in the same line-up.

"We think about everything. And to play with three backs. You are at an advantage if you do your things the way you trained and if you brought it to perfection. If it were another time, we would have played like that from the aspect of some tactical ideas. But it's better to confuse the opponent, not ourselves. We prepare everything as much as we can," concluded Pešić.