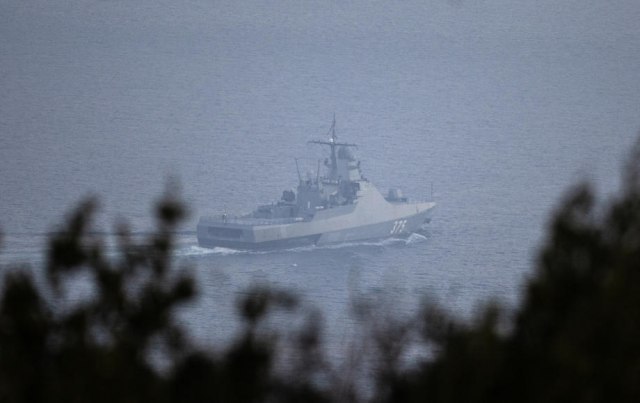 It was also announced that its crew was evacuated after the explosion, which Ukraine claims was the result of a missile strike.

Russia's Ministry of Defense announced that the fire on the Moscow missile warship caused an explosion of ammunition, TASS reported.

It was not specified what caused the fire, but Maxim Marchenko, the Ukrainian governor of the region around the Black Sea port of Odessa, said that Moscow was hit by two anti-ship cruise missiles Neptune made in Ukraine, Reuters reports.

"The Neptune rockets that protect the Black Sea have caused very serious damage," a Ukrainian official said in a statement on the Internet. 'Moscow' is the second major ship known to have suffered serious damage since the start of the war, as Ukraine announced last month that it had destroyed the landing ship Orsk in the Sea of Azov, according to the British agency.

'Moscow' is the leading warship of the Black Sea Fleet of Russia and the 1164 Atlant Project, and it was launched under the name Slava in 1983, while it received its current name in 1996. The ship is equipped with 16 P-1000 Vulkan rocket launchers, with a range of at least 700 km, TASS reported.