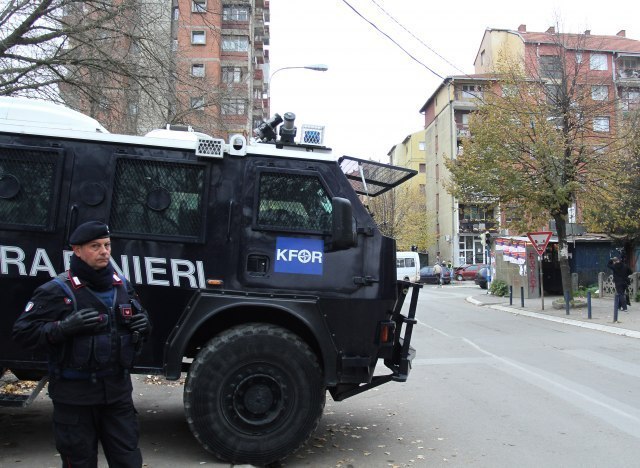 Milivojević also emphasized for Kosovo online that the withdrawal of the peacekeeping mission from the territory of Kosovo, which is under the international protectorate would mean a violation of Resolution 1244.

It should be reiterated that Aleksandar Vučić stated today that he has information that a great power is preparing to request the withdrawal of KFOR and UNMIK from Kosovo.

Milivojevic also says that it is not a coincidence that Prime Minister Ana Brnabic is going to the upcoming working dinner of the leaders of the Western Balkans scheduled for May 18 in Brussels, and not the President of Serbia Vucic.

"Serbian Prime Minister Ana Brnabic will go to Brussels for a working dinner, as there will be operational topics on the table, measures that will be taken in recovery from the pandemic, primarily on the socio-economic level. The central topic is the situation in the region and the EU's attempt to raise the dynamics of engagement in order to achieve strategic goals and strengthen one's own credibility, especially when it comes to the interests of the West in the region in relation to Russia and China", Milivojevic says.

The former diplomat does not expect the dialogue between Belgrade and Pristina to be discussed at the working dinner of the leaders of the Western Balkans, and states that the rejection of Albin Kurti's invitation to the May 11 talks sent by Josep Borrell indicates the authoritarianism and radical attitudes of the Kosovo prime minister.

"Kurti is behaving in an authoritarian way and has radical views, while the European Union shows that it does not have the mechanisms, political will or ability to react adequately to the Pristina authorities. The platform adopted by Pristina leaves no room for dialogue and Serbia cannot agree to it. "Great powers are not putting pressure on the Pristina authorities to change the approach to the dialogue, which cannot be returned to zero, but resumed where it left off through the fulfillment of everything that was agreed," Milivojevic says.

He emphasizes that there is no possibility of talks between two equal partners or recognition of Kosovo in the dialogue, and says that the dialogue will be a test for the international community, especially those of its members who supported Kosovo's independence.

"The arrival of former British ambassador Michael Davenport at the head of the OSCE mission in Kosovo is not accidental, and it is a kind of pressure from Western centers of power in achieving their goals and further establishing Kosovo's statehood. The responsibility for continuing the dialogue is not with Serbia but the international community. I believe that the resumption of the dialogue process depends almost exclusively on Washington, which can put pressure on the Pristina authorities through the implementation of previous agreements, the continuation of resolving previously started issues of missing persons, property, the establishment of the Union of Serbian Municipalities and everything that was agreed by the Brussels Agreement", Milivojevic points out.