BELGRADE -- The Assembly of Serbia continued the constitutive session, with the election of the President of the Parliament and the Vice President on the agenda

BELGRADE -- The Assembly of Serbia continued the constitutive session, with the election of the President of the Parliament and the Vice President on the agenda 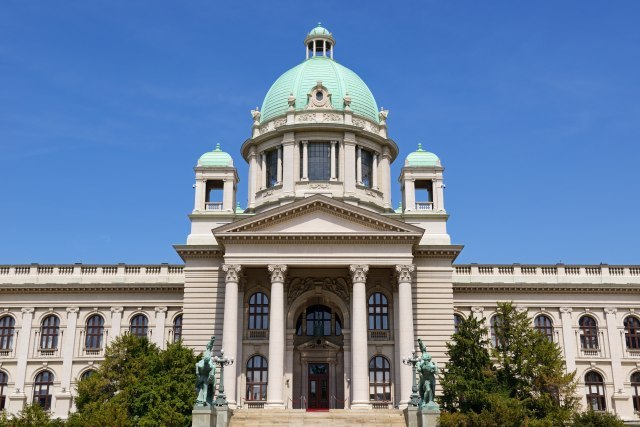 The MPs took the solemn oath, which was preceded by the appointment of the president of the parliamentary committees.

The session began with a violation of the Rules of Procedure, which was submitted by Enis Imamović (SDA Sandžak), complaining because 80 days passed between the two sessions.

Imamovic said that this convocation violates the dignity of the citizens' parliament and added that 123 days have passed since the parliamentary elections, and that a lot could have been done during that time.

Socialist Djordje Milicevic responded, reminding him that there are deadlines for forming a government, which have not been broken.

After that, Milicevic started explaining the proposal for Ivica Dacic to be the president of the parliament.

"Ivica Dačić has great political, parliamentary and state-building experience and is ready to put everything he knows into the service of citizens and the state," said SPS MP Djordje Milićević.

At the National Assembly session, at which Dacic will be elected Speaker of Parliament, Milicevic said that for the first time in recent history on the Serbian political scene, the candidate for President of the Assembly is the leader of one party, which has been on the scene for 30 years and is a relevant political factor.

He said that the vast political and state experience, tolerance, communicativeness are a guarantee that he will successfully perform his new duty for the benefit of the citizens and the interests of Serbia.

He claimed from the parliamentary bench that Dacic denied Albanian victims, as well as that he did not want to vote for the politics of the past.

After that, Dacic also appeared, reminding of his earlier relations with Kamberi.

"As for Kamberi, he told me that I was undesirable to come to Bujanovac when a police officer was killed while I was the Minister of the Interior. We did not work on reducing the number of Albanians, but on fighting false registration of stays," Dacic said.

As B92.net has learned, Muamer Zukorlić, the leader of the Justice and Reconciliation Party, will be one of the vice presidents in the new convocation of the Serbian Parliament.

The Secretary General will be appointed today, and the election of working bodies will be held.