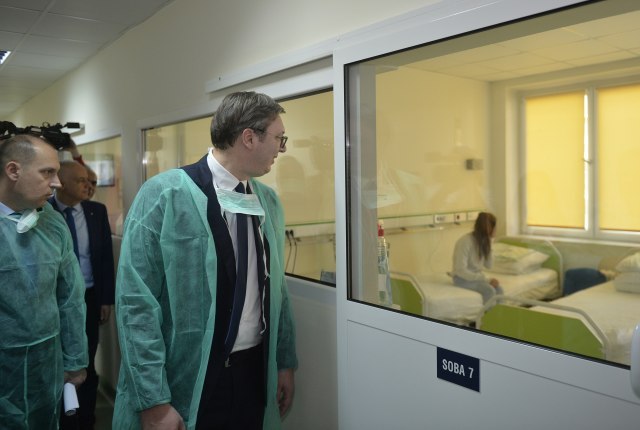 He also stated that 294 bone marrow transplant surgeries have been performed so far at the Institute. "These children are so wondergul... you cannot but admire their courage. You feel like crying, like feeling ashamed when you see their courage," Vucic said.

The president said that RSD 142 million have been invested so far in the Institute, while about EUR 20 million will be invested in its complete reconstruction. "It's huge money, and as we donate EUR 30 million to the Loznica hospital, we have invested in Valjevo, into a new building of the Clinic for Infective Diseases in Belgrade, in new clinical centers... In the period of two to two and a half years, we expect an unmistakably visible, at every step, revolution in the health centers, hospitals and clinical centers," said Vucic.

He added that it is touching to see "the love of doctors and nurses, but above all of mothers" towards sick children who are bravely fighting for their lives and future. He is proud, he added, "of our doctors who have ensured that people from the abroad bring children (here) for treatment."

"It is important for further strengthen the possibility of our doctors and nurses staying, through a further increase in their salaries. And do that quickly. To plead with them to continue to work and fight for our children, as before," Vucic said.