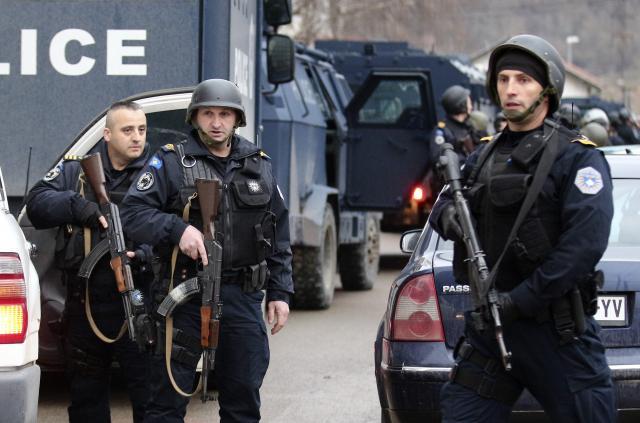 "Extremists continue to focus on tourist locations, shopping malls, bars, houses of worship, and other soft targets. Please exercise additional vigilance in these and similar locations."

US citizens already in Kosovo, or those arriving there, are advised to "keep a low profile - remain cognizant of their profile in public and avoid drawing attention to themselves as an American."

"Review your personal security plans: criminals and terrorists could monitor to your movements. Vary the route and times of your movements to become a more unpredictable target," the alert continued.

US citizens in Kosovo are further advised to "identify the location of emergency exits and security services when in public places" and to, if in an area where a crowd gathers, "attempt to leave the area or, at a minimum, move to the edge of the crowd where they can leave if necessary."

Meanwhile, the US State Department website has no new alerts for Kosovo, the last one being a travel advisory dated January 10, warning US citizens about the need to exercise "increased caution in Kosovo due to terrorism" and "reconsider travel to North (Kosovska) Mitrovica, Leposavic, Zubin Potok, and Zvecan due to civil unrest."

The alert posted on the embassy's website was issued on Tuesday, a day after the flareup in Kosovo caused by the arrest of Marko Djuric, the director of the Serbian Government's Office for Kosovo and Metohija.

During the arrest, more than 30 Serbs who had gathered at a venue in Kosovska Mitrovica were injured.

Serbian President Aleksandar Vucic reacted by saying that "terrorists dressed in police uniforms of the non-existent state of Kosovo" wished to show that they can occupy northern, majority Serb part of Kosovo.

The Serb List announced it was leaving the Kosovo government, and planned to form the Community of Serb Municipalities (ZSO) on its own, unless Pristina did it by April 20.