A fire broke out in a business center in Moscow, Russian media report and state that they fear that there are people trapped in the fire. 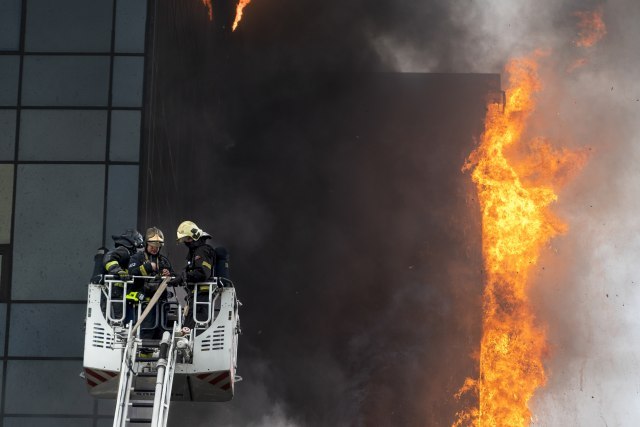 Russian media report that the fire broke out in the Grand Setun Plaza business center. It is also stated that 20 people remained trapped in the building affected by the fire.

The ambulance announced that 120 people were evacuated, and the search for the people who remained in the building continues.

No casualties have been reported so far.

The TASS agency states that several people were blocked on the sixth floor, and one on the seventh.

The fire engulfed the first four floors of the building, out of 10.

More than 340 firefighters and about 100 units, including three helicopters, are involved in the firefighting.

Russian Minister of Emergency Situations Alexandar Kurenkov and his deputy Ilya Denisov arrived at the scene of the fire.